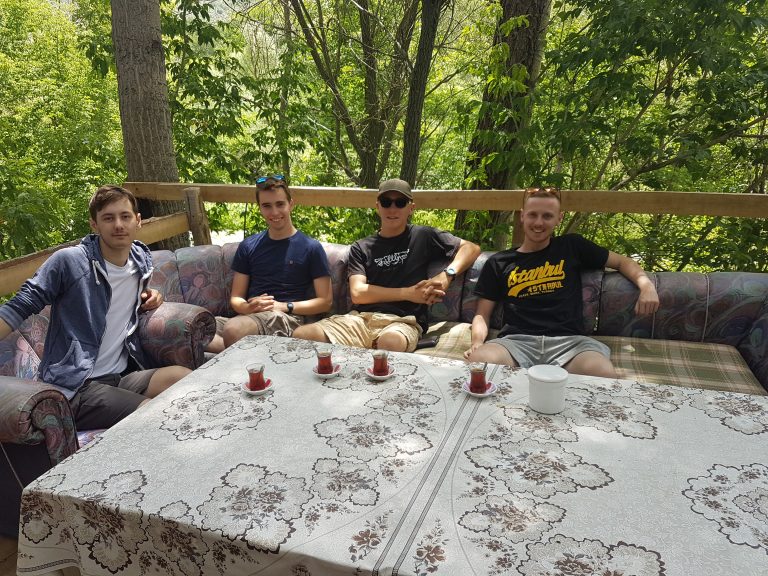 We finally had a cool 14°C sleep, which was a blessing after such muggy temperatures in Istanbul. Without realising we had risen nearly 5000 feet into the Turkish mountains, hence the more British atmospheric conditions.

We waited for our friend from last night to show us around, however it was a no-show. It was a shame but we settled to explore alone, and we took Tina even higher up into the hills. 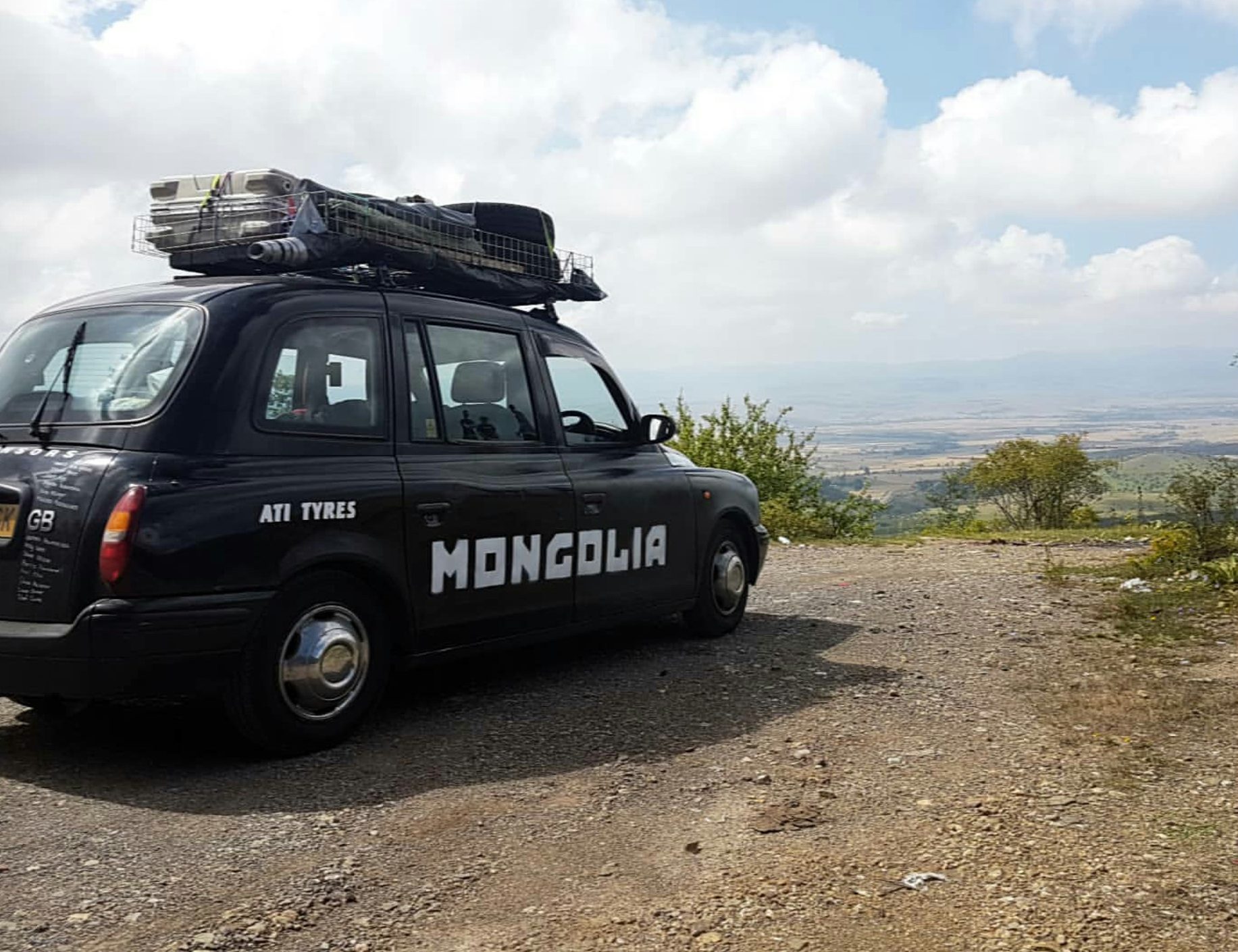 Before long we realised we had no idea what we were looking for and the internet couldn’t even help us (the town was tiny). We decided to march on to our next destination, Samsun. The road was phenomenal, winding through the valleys with great views and fairly consistent speed limits. 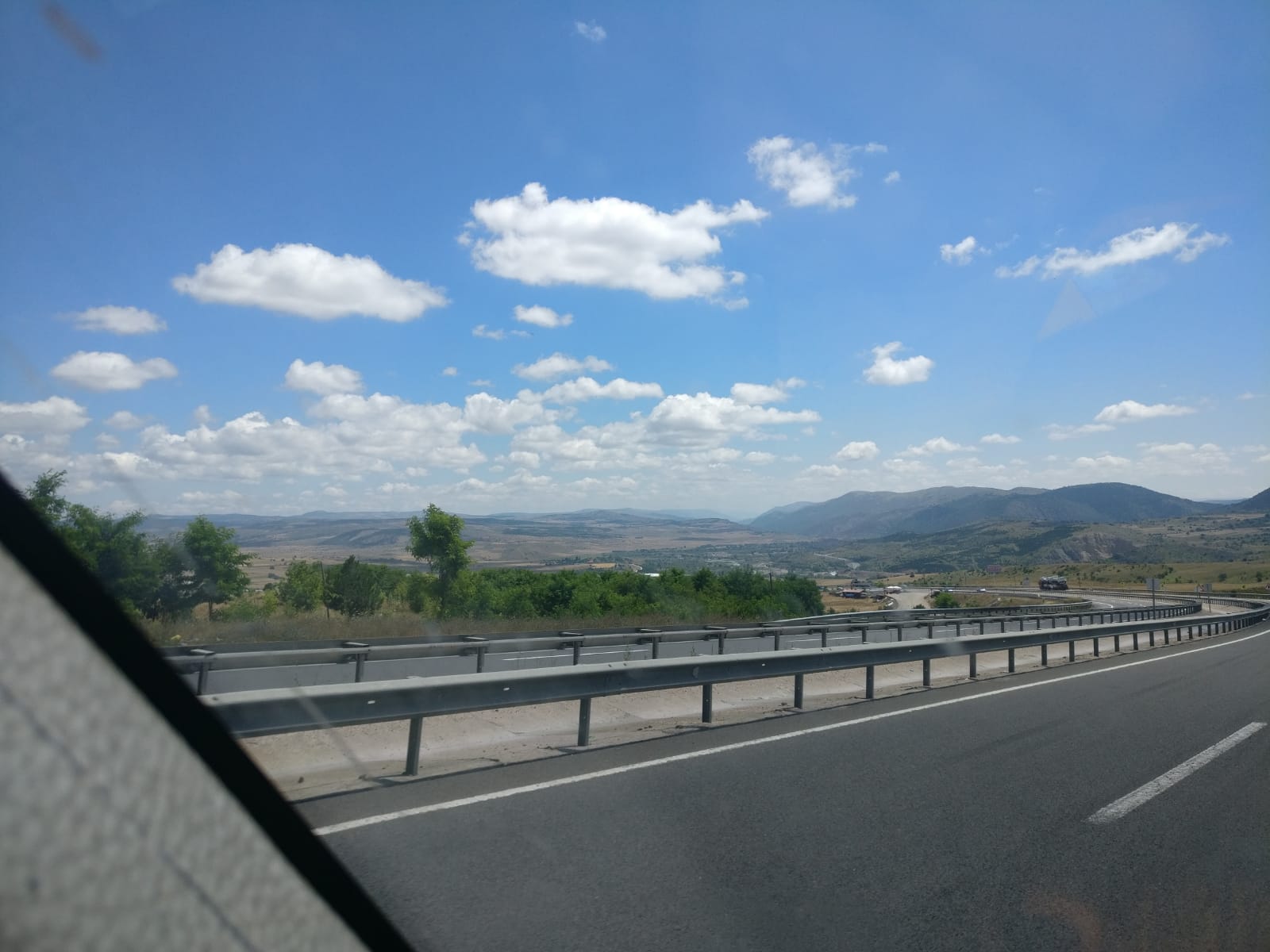 Before long we got hungry and stopped at one of what we thought were roadside diners, but we’re apparently just for chai tea. After spending 30p on tea, and a further 20p for 3 fresh corn-on-the-cobs we returned to Tina, who was waiting patiently beside the empty motorway and what used to be yet another chai tea house. 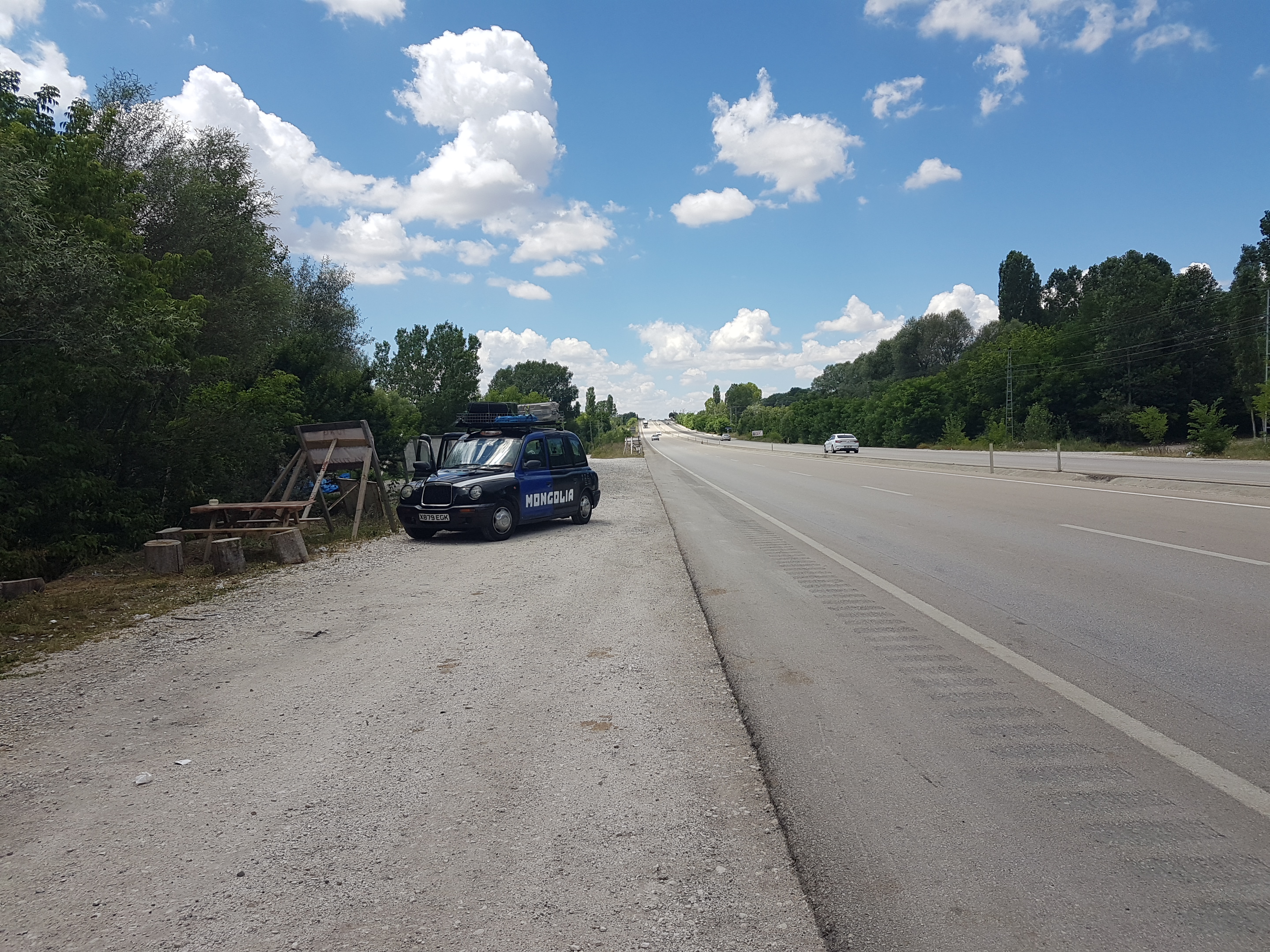 Nothing much happened on the 450km drive, other than the satnav broke its own record. Originally, the longest directions it had displayed had been 206km. Today we had “Drive for 346km, then turn right”. We briefly celebrated this very challenging achievement before realising how boring that amount of the same road would be.

346km later we arrived in Samsun, where Harry had found a campsite by the sea. Sounded ideal, but when we got there it just got better and better. Attached to the campsite was a cable waterski park and a load of slides. Tomorrow morning is sorted.

Just out towards the sea there was also a large decked area, where a wedding appeared to be taking place. This was confirmed by the beautifully dressed Turks all heading towards it. We were curious but stayed away, for now.

Upon arrival at the campsite we had got chatting to the receptionist, who was a young guy called Berkay about our age. He seemed sound enough, and when we got dinner he helped us order a delivery of doner (which is not kebab, very different things apparently). He ordered some food too and we all sat round the table to eat it. The conversation towards the end went something like this:

Of course we do.

Simple as that. One thing then led to another and we ended up on the dancefloor, flapping our arms about in an attempt to copy Berkays Turkish dancing. Pretty sure we failed.

When we got back, another rally team had set up camp next to us. Some Scots who had covered their cars in tartan and were wearing kilts. We all sat round the table and chatted about the journey so far, where we were headed and whether we could make it. After a while we discussed Tina and her quirks, and I mentioned a leak of some red stuff we had seen a while ago. One of the guys, a pro mechanic, was curious. We showed him the leaked fluid, and he instantly identified it. ATF. Automatic transmission fluid. Turns out, we had absolutely none and it was incredible Tina was running at all. After showing us how to properly check it (you don’t just pull out the dipstick like we thought) he fashioned a funnel and helped us add some ATF we had kicking about. 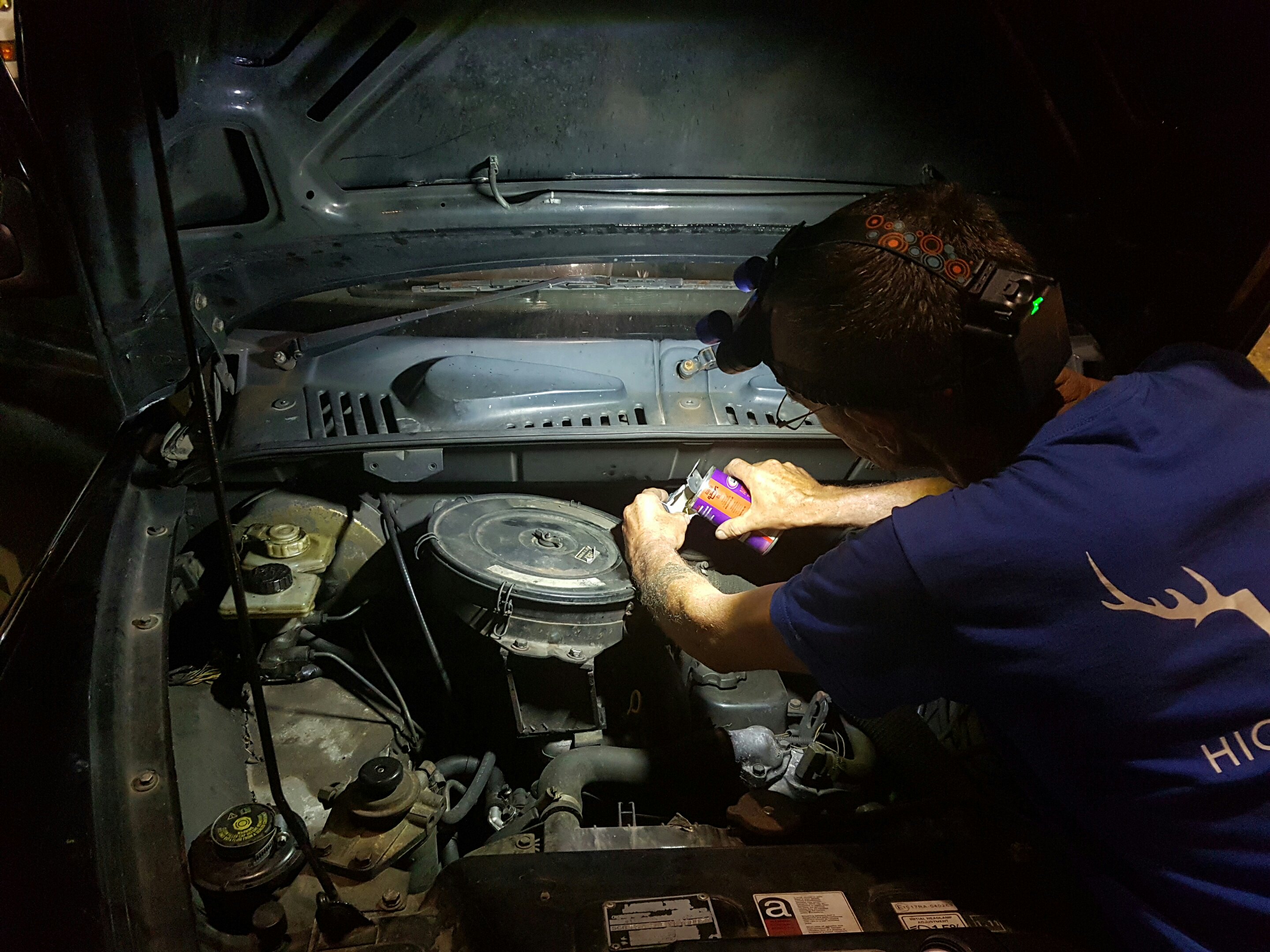 This was all at about 11pm when he was very tired and he needn’t have lifted a finger for us. And yet now our chances of making it have increased drastically.

There are heroes out there, and sometimes you just can’t do anything but chance your way towards them. Luckily for us, today we had a full house.