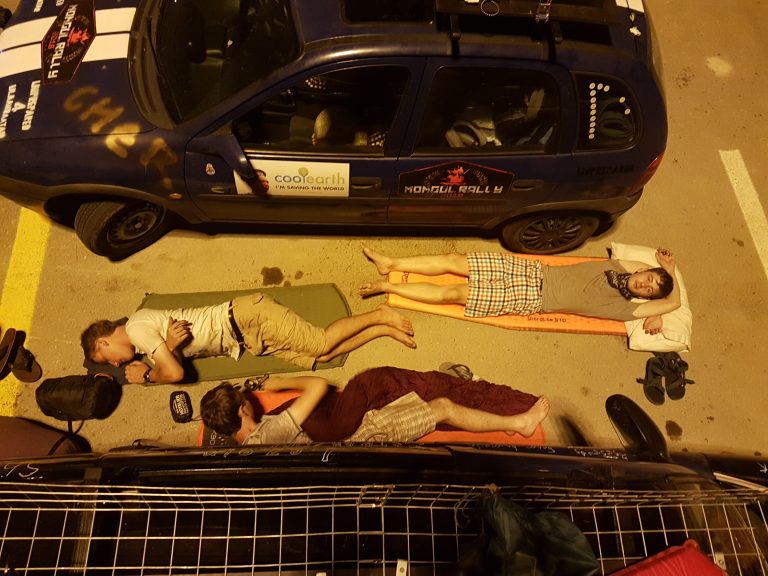 Ferries. I’ve been accustomed to the seemingly slick Dover crossings. I can tell you now this is a luxury I had no idea we were enjoying.

The Caspian Shipping Company would give anyone competing for ‘The All Round Worst Organised System Award‘ a good run for their money.

We arrived at the port on Friday, having discovered that the Port Of Baku is actually 70km away from Baku, in a tiny town called Alat. Useful.

Upon entering the ferry car park we noticed a very large camp of Mongol ralliers, and it looked refugee like in nature. There were tarps pulled between cars to provide small amounts of shade, people lying under cars sleeping. And everyone looked exhausted.

After spotting the Scots who fixed Tina way down in Samsun, Turkey, we went and had a word. Turns out they’d been camped there for 5 days awaiting a ferry to Turkmenbashi. The more people we spoke to the more we realised the extent of the delays, as no one seemed to have been there less than 3 days.

We settled in for the long haul, and rightly so. No one knows when the next ferry is coming, and once they do the procedure for acquiring a ticket is so convoluted and over-engineered that hardly anyone gets one.

To add to it all, it was so hot in Alat that tents would have been an oven. Instead, we just had to sleep on the floor with a massive set of spotlights beaming down on us 24/7. This picture was taken just past midnight: 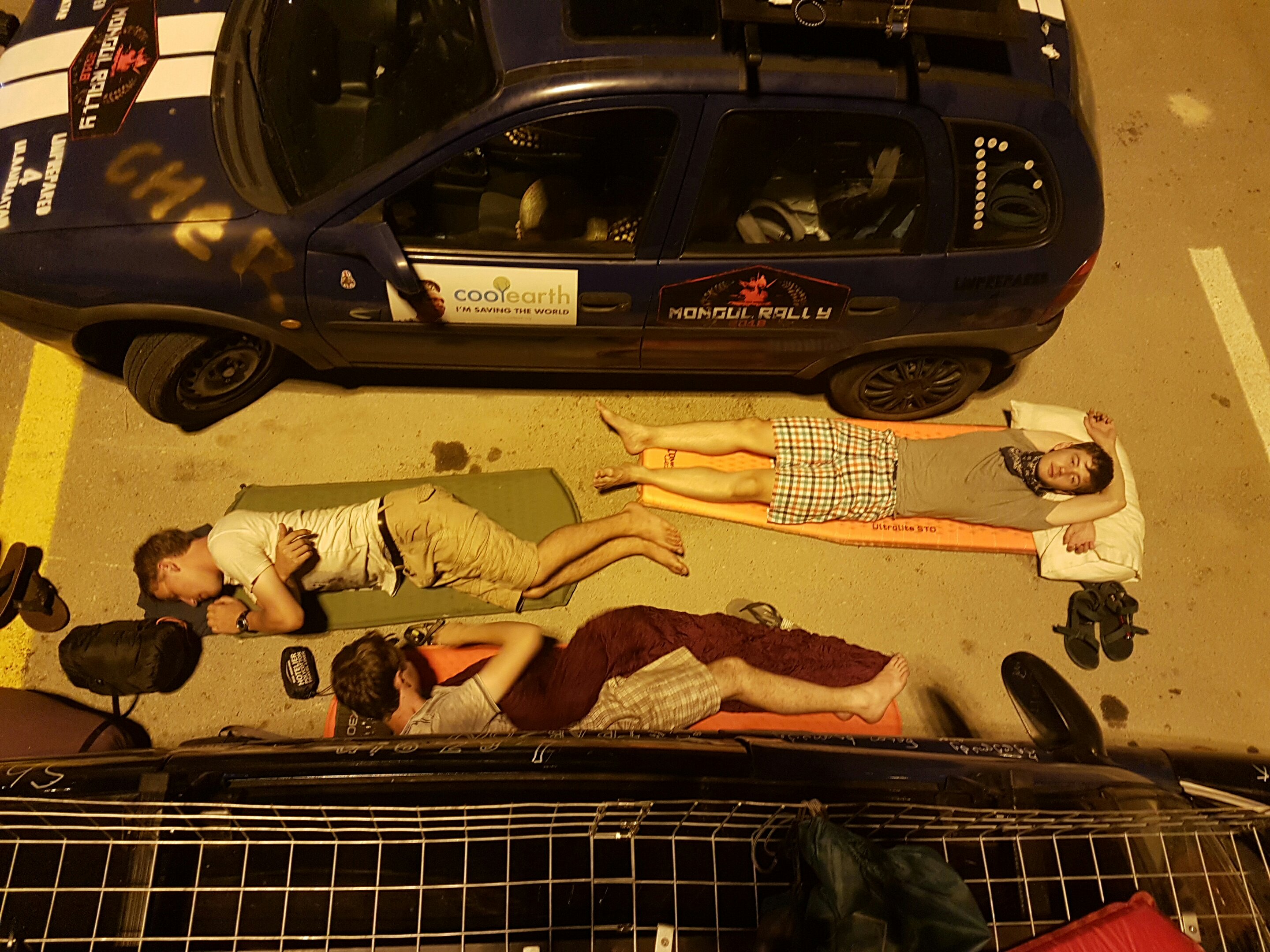 2 nights like this later, and we woke up to commotion from our fellow travelers. It turns out a boat was arriving that would be able to take the majority of us to our destination. An instant queue formed around the ticket office and painfully, one by one, people were let in and allowed to part with over $600 to secure a place on one of the elusive boats.

I was there nice and early with our neighbours, a German family driving all the way to Thailand and a British pair on the rally. Supposedly the boat was coming at 6 o’clock that evening, and would whisk us away. We packed up everything, including our custom awning and all the chairs and tables, ready for a swift exit.

The ferry didn’t arrived until the following day, at 4pm. That’s nearly 24 hours later than we expected, but we were basically told to be ready the whole time. You end up just having to ignore the officials because they don’t have a clue about anything, especially not when the boat is going to arrive.

Eventually there was movement at the customs post (something we had come to believe was not possible) and boarding had begun. Approximately 6 hours after this, we set sail. Finally.

The ferry had some spacious cabins, 3 meals a day and a cosy living area. It also had a crazy lady in charge of management who would run round shouting things in Russian and forcing you to oblige, even if you didn’t know what you were doing. She was funny though, and definitely managed the job of ushering some 40 something ralliers around the boat.

The next day, at about midnight, we arrived in Aktau, the destination port. After the 2 hour undocking process, the 1 hour passport control, and the 4 hour customs checks (getting pointless stamps that seemed to exist for the sake of it) we were free. Most of the officials had asked for bribes in some way, and one even stole a beer from our boot. There comes a point in exhaustion when you just stop caring. We had been up for all day and all night, and it was 7am when we finally rolled out onto the roads of Kazakhstan.

I’ve no idea what the internet situation will be from now so uploading to this may be hard.