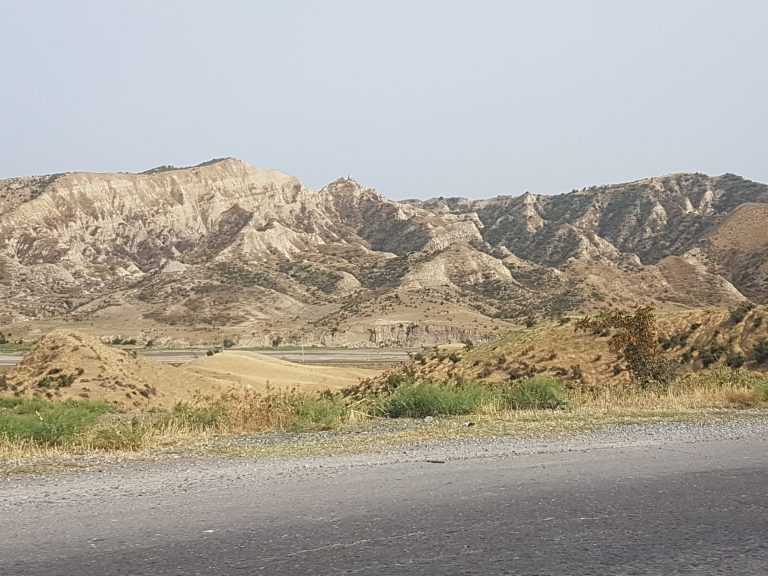 We woke up late, again. It’s the running theme of this trip.

We decided to explore some of the old town in Tbilisi before heading off to the border town of Lagodekhi.

After quite some walking, we were famished and headed into the next cafe we saw. The staff, who were all gathered around a table on their phones, immediately got up and began doing their duties. One of which involved playing music so loud we couldnt hear each other… It was 10 in the morning. Why? We ordered some food and drink but mistakenly ignored the price. When our £3 coffees came they were just instants, and after the food hadn’t arrived for an hour we decided to sack it off. The drinks alone cost over £10 in a city where four people could eat for a fiver.

Still hungry, we went to the next place and ordered 3 meat pizzas. This came to about £1.20, much more like it.

After this we headed back, checked Tina’s vitals and hit the road again. It was only 200km to the next place but it was a hilly, potholey journey in a very dry heat that broke an instant sweat. Upon arrival we realised the size of the border town was tiny, and that tonight probably wouldn’t be too jovial. 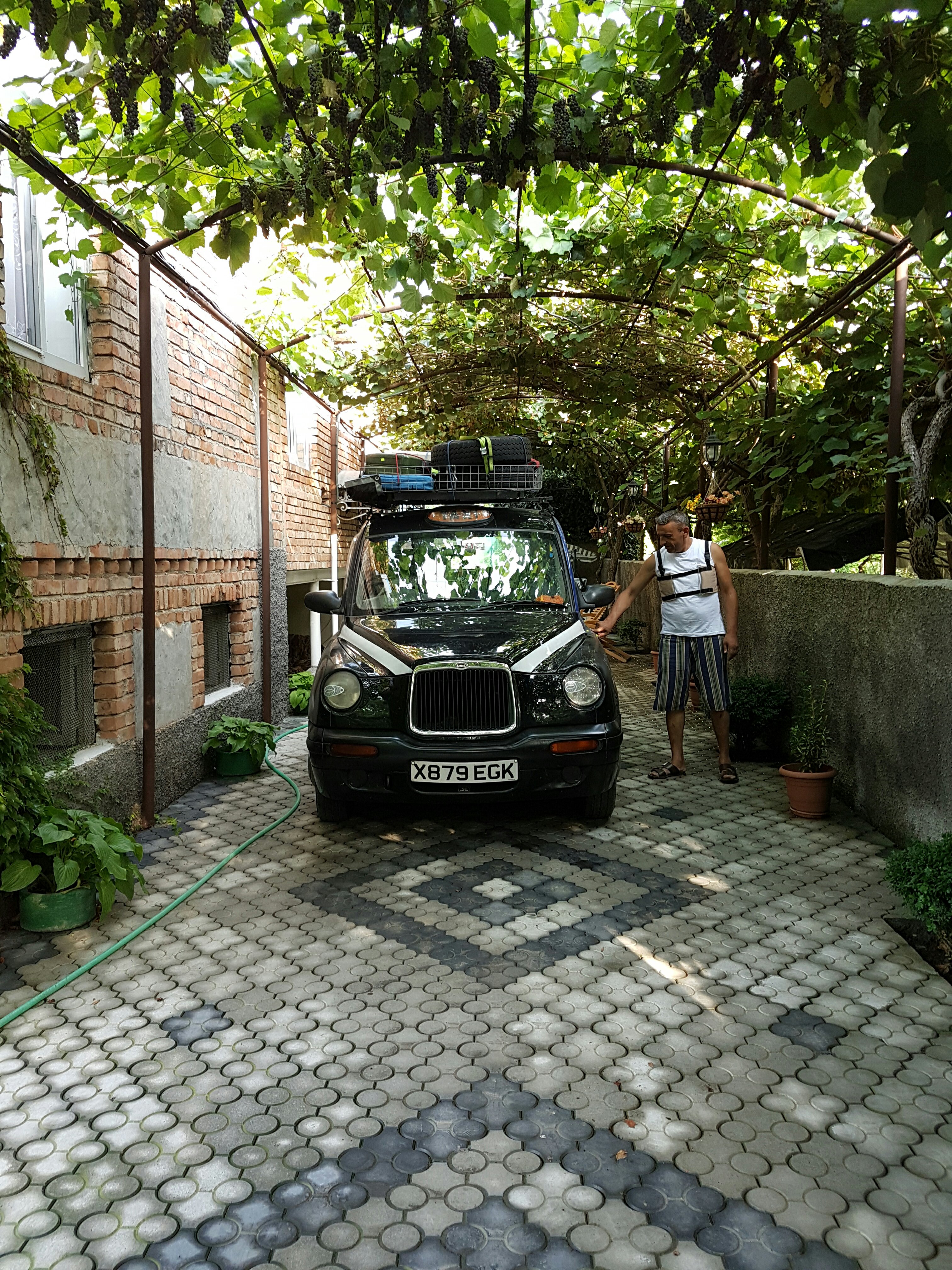 We were wrong, however. As we greeted Larry, the guesthouse owner, he gave us some Georgian wine. I’m pretty sure it was around 20% alcohol though, it tasted more like a weak whisky than wine. Fine by us though. We all went out and had dinner after that, which came to an astounding £5.60. After that, we just kept drinking wine and chatting until the moon was up and the crickets were at full volume.

Azerbaijan today. A country in which all we had been told was that the roads were awful and the police stopped you every 30km and you had to bribe them off.

The approach to the border was interesting, and the sign certainly added to the feeling of impending difficulties:

As we were allowed to cross the gate, once again the others were separated from me and I had to take the car through customs. This is where my blunder came in.

I hadn’t realised that Azerbaijan didn’t allow walkie talkies. When they started searching the car I remembered, and my nerve level shot up. When I opened the boot to let them inspect it, they found one of our 2 walkies. I didn’t know where the other one was so didn’t mention it, but in the moment of realising that they had found one I shut the boot. With the keys inside. I couldn’t now get back into the boot, as it requires the key to do so.

I thought through the options, I could cut a hole in the back seat and reach through, but that was a pretty last ditch thing.

I had allowed the border guards to sign Tina, which had amused them greatly, so they were fairly sympathetic to me when I asked them to go and get Harry (he had spare keys).

Poor Harry though, as a big border guard just stampeded through looking for him and then pulled him out of the queue. He was then marched across the border checkpoint to where I was waiting, with a stupid grin on my face.

With the spare I managed to get back in to the taxi, and the problem was resolved.

We hopped back in and after all the customs was done (2 hours) we were off again, this time in Azerbaijan.

It was once more not what we expected, and the country was stunning. And in all 200km we drove today, not a single police stop (though there were a lot of police).

We are in a border town just outside of Baku, we will head in tomorrow and try and suss out the ferry situation. 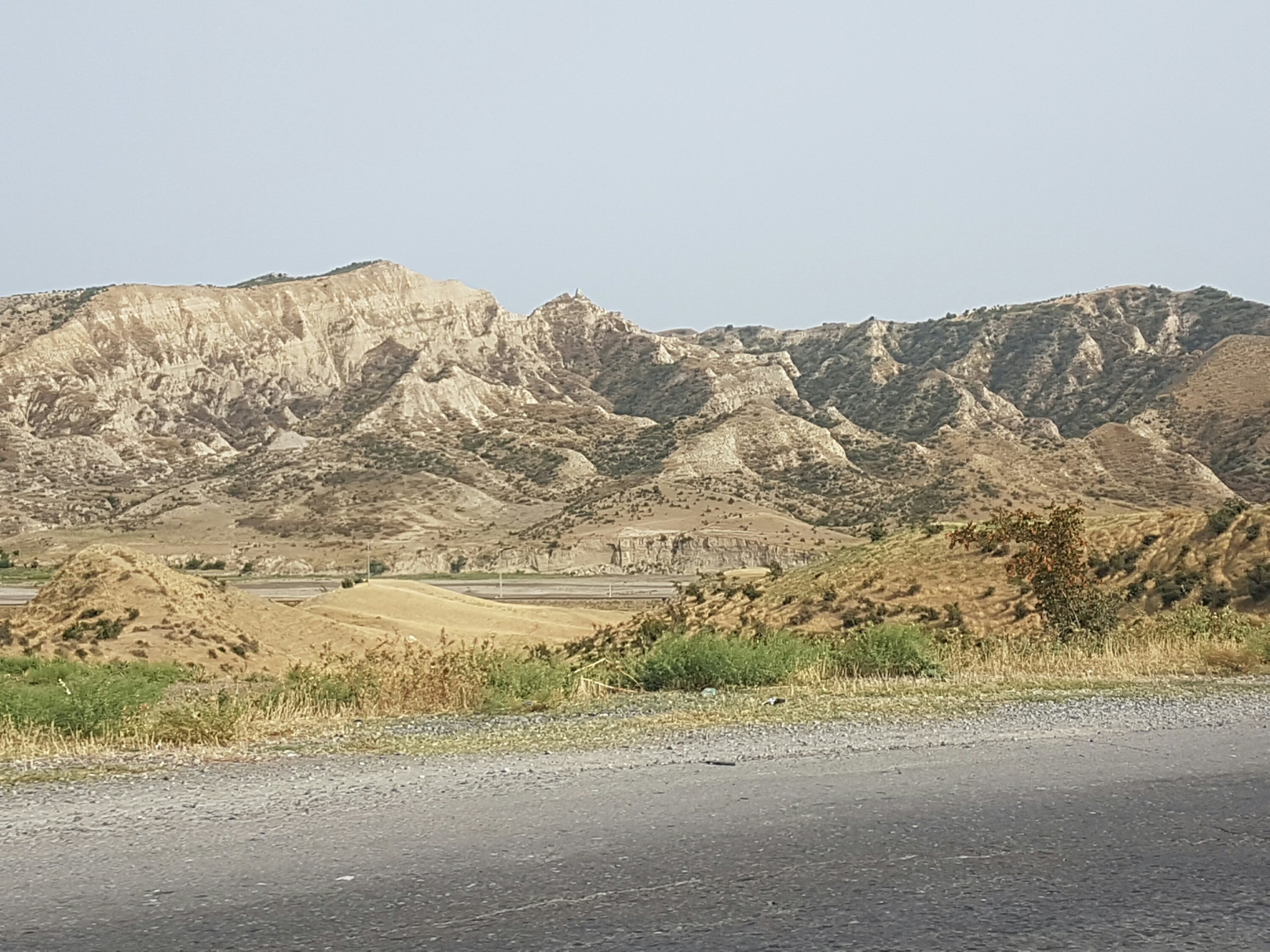 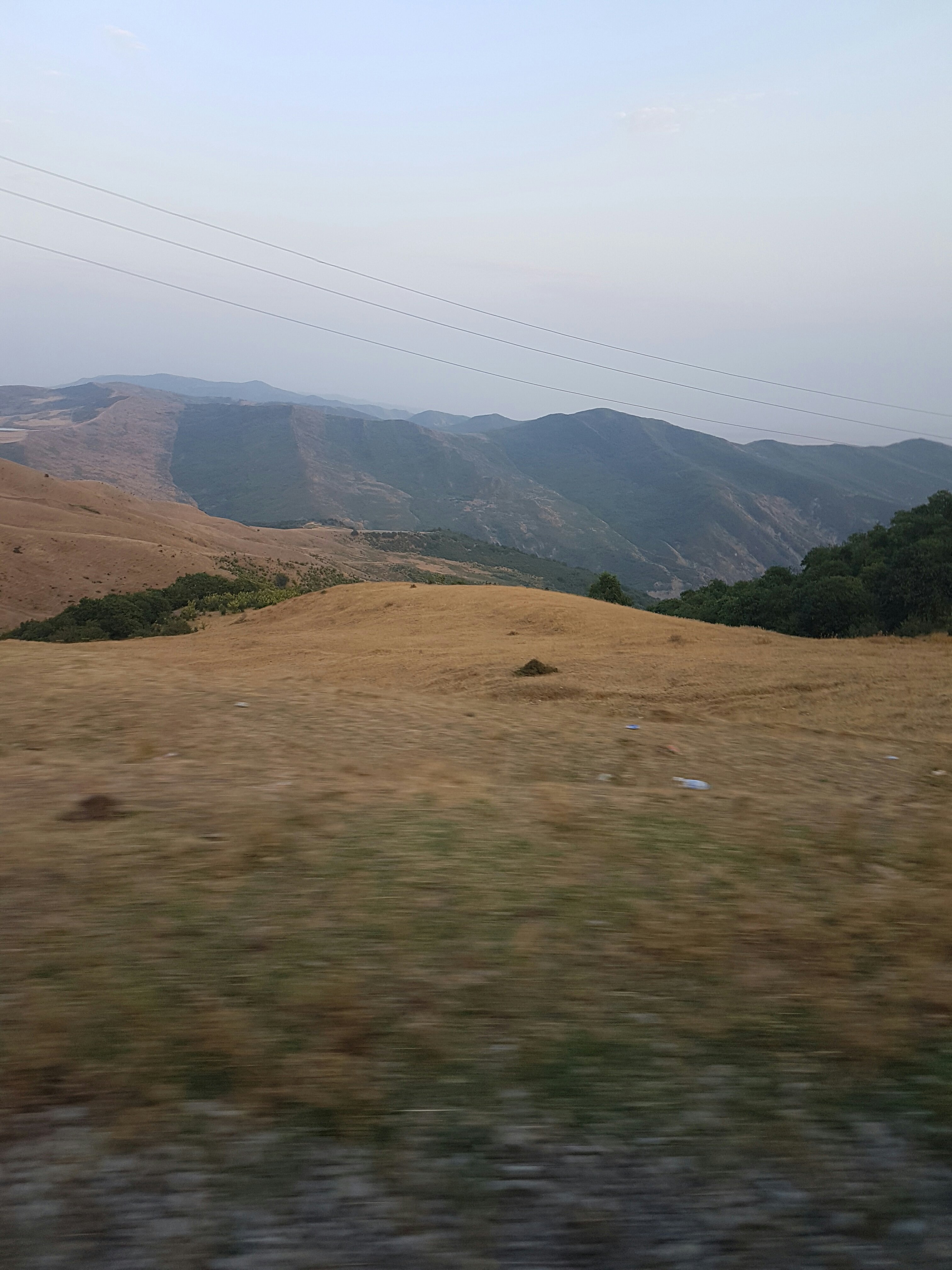