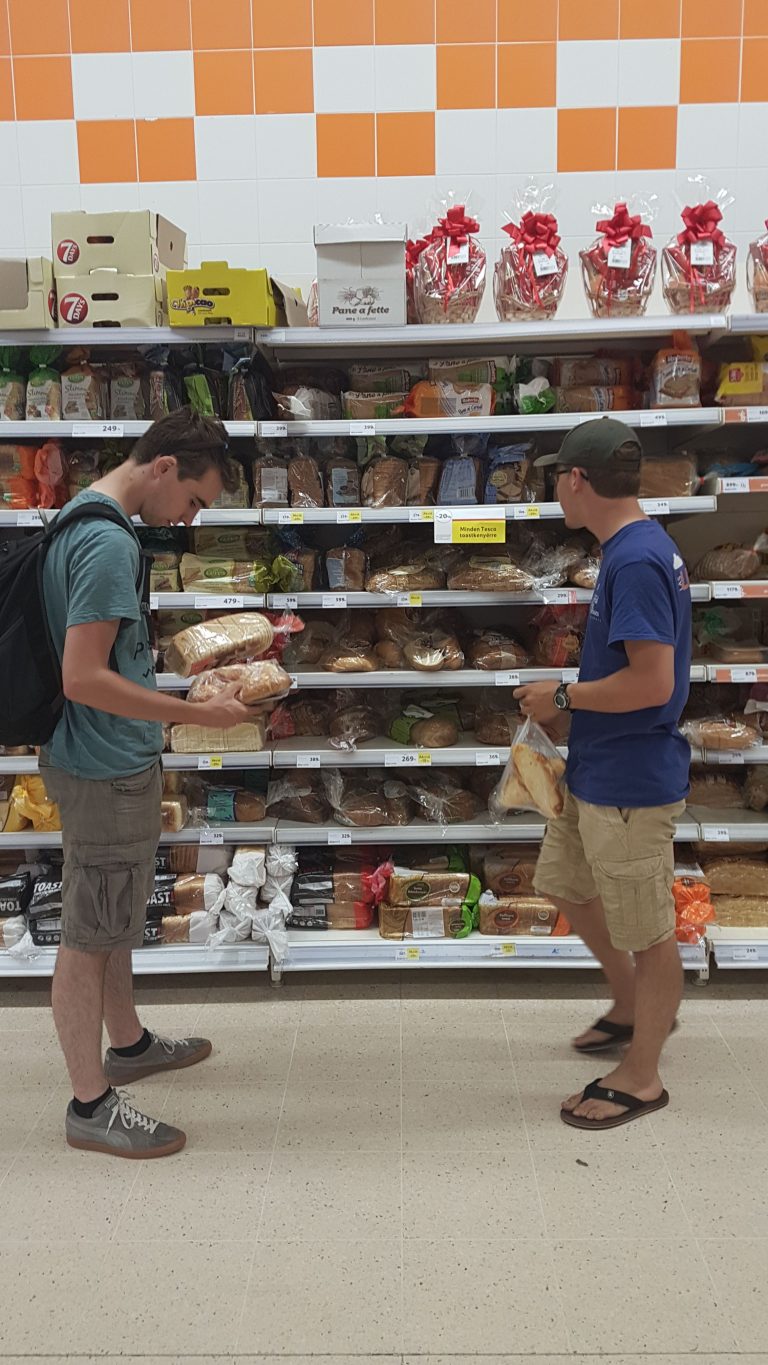 Our water supplies were low so we had to make do with river-coffees and river-teas in the morning. Following a discussion about the shelf life of UHT milk, we realised that the carton from the UK which we had opened early on and left in the 40° boot for a few days probably wasn’t consumable. That discussion having been had, we added it to our beverages anyway in an attempt to prove we have strong stomachs. To be fair to us, that end of our bodies seems to be behaving itself (so far).

We drove through the day, mainly sticking to the big motorways that get us places quickly. They do their job, but my lord are they boring. Just endless straight flat tarmac for hundreds of kilometres. Being asked to pay the toll charge (or ‘vignette’) in Austria was probably the most exciting bit. And as Brits, we couldn’t resist the sizable queue. 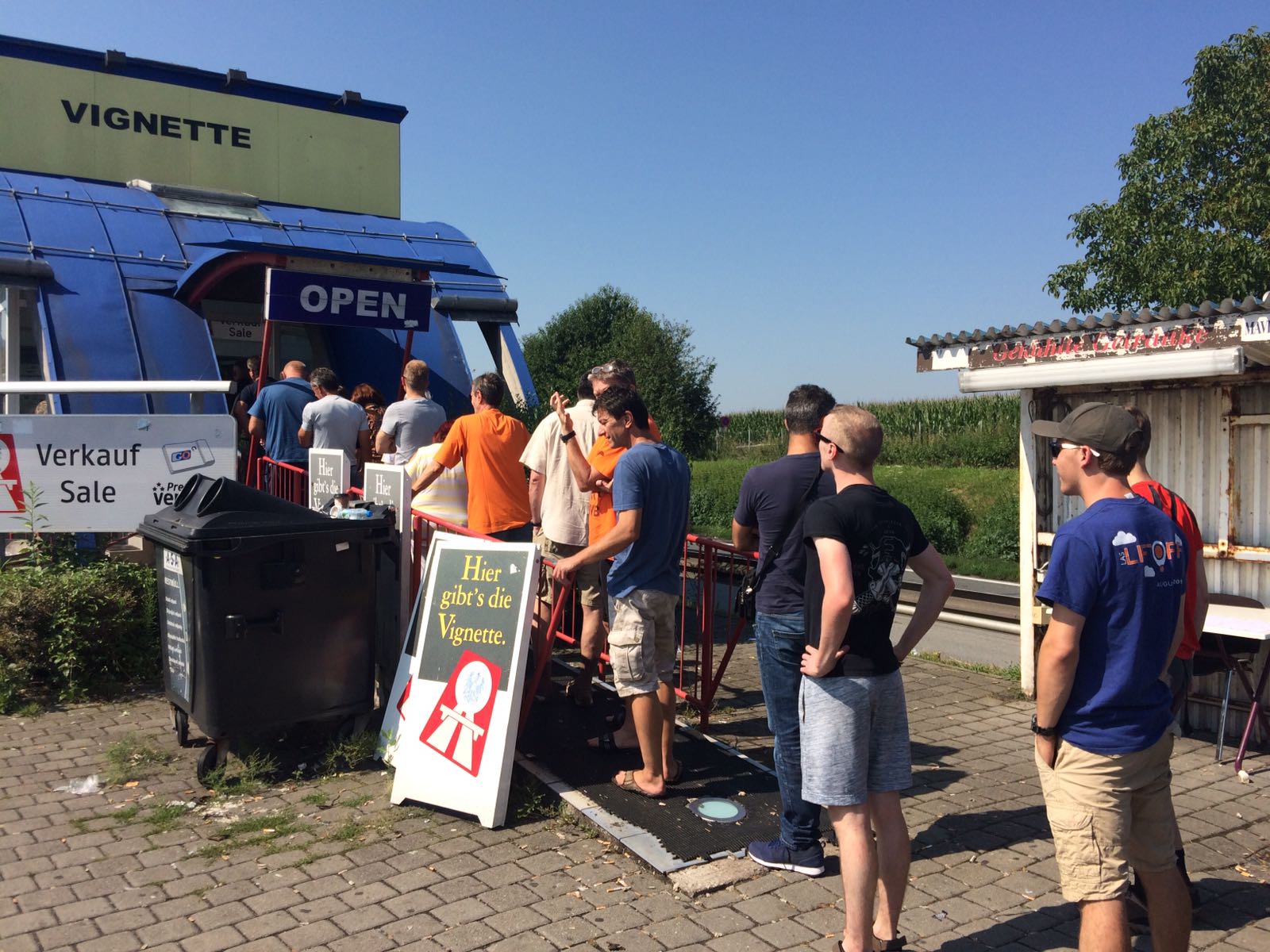 Austria flew by and we swung around the capital Vienna as quickly as possible (arguably that’s still not very quick). Capitals are busy, expensive, and will slow us down. They are for another holiday, not this trip. Before we knew it we were in Hungary, where displaying the speed limit seems to be against the law. And driving without your lights on, even in the day, is also against the law. And thus we discovered Tina’s 700th quirk. The bulbs are extremely old, and it seems that back then, at her birth, they cared little for energy efficiency in lighting. The bulbs get so incredibly hot. It wasn’t exactly a problem, until Smith leant on the headlight and mildly burnt his hand.

The next exciting stop was Hungarian Tesco. 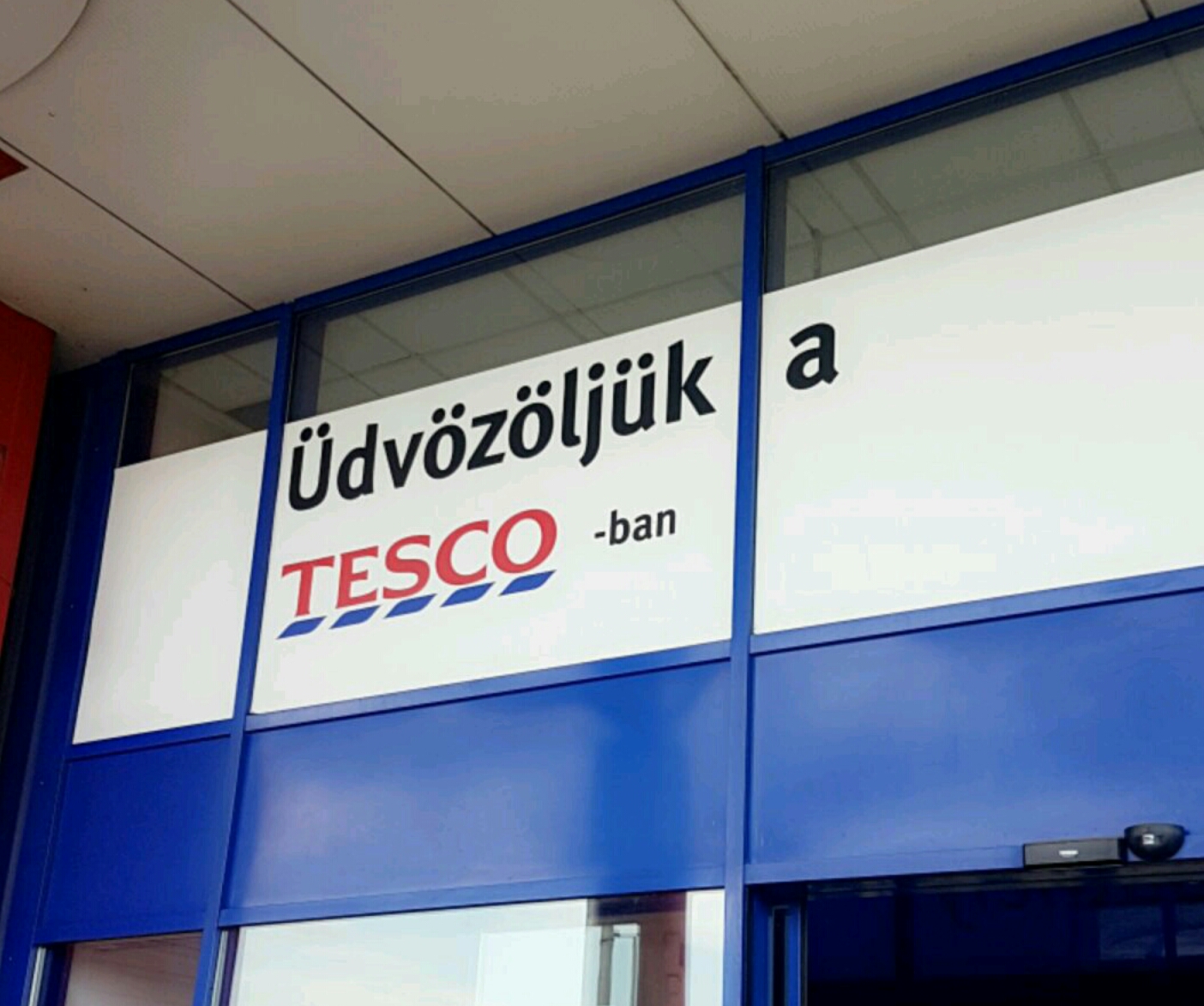 You can tell it’s the simple things in life that amuse us.

The Tesco here was incredible, and as we got used to the fact that £1 is about 360FT, we realised how cheap everything was. Certain branding schemes caught our eye, like: 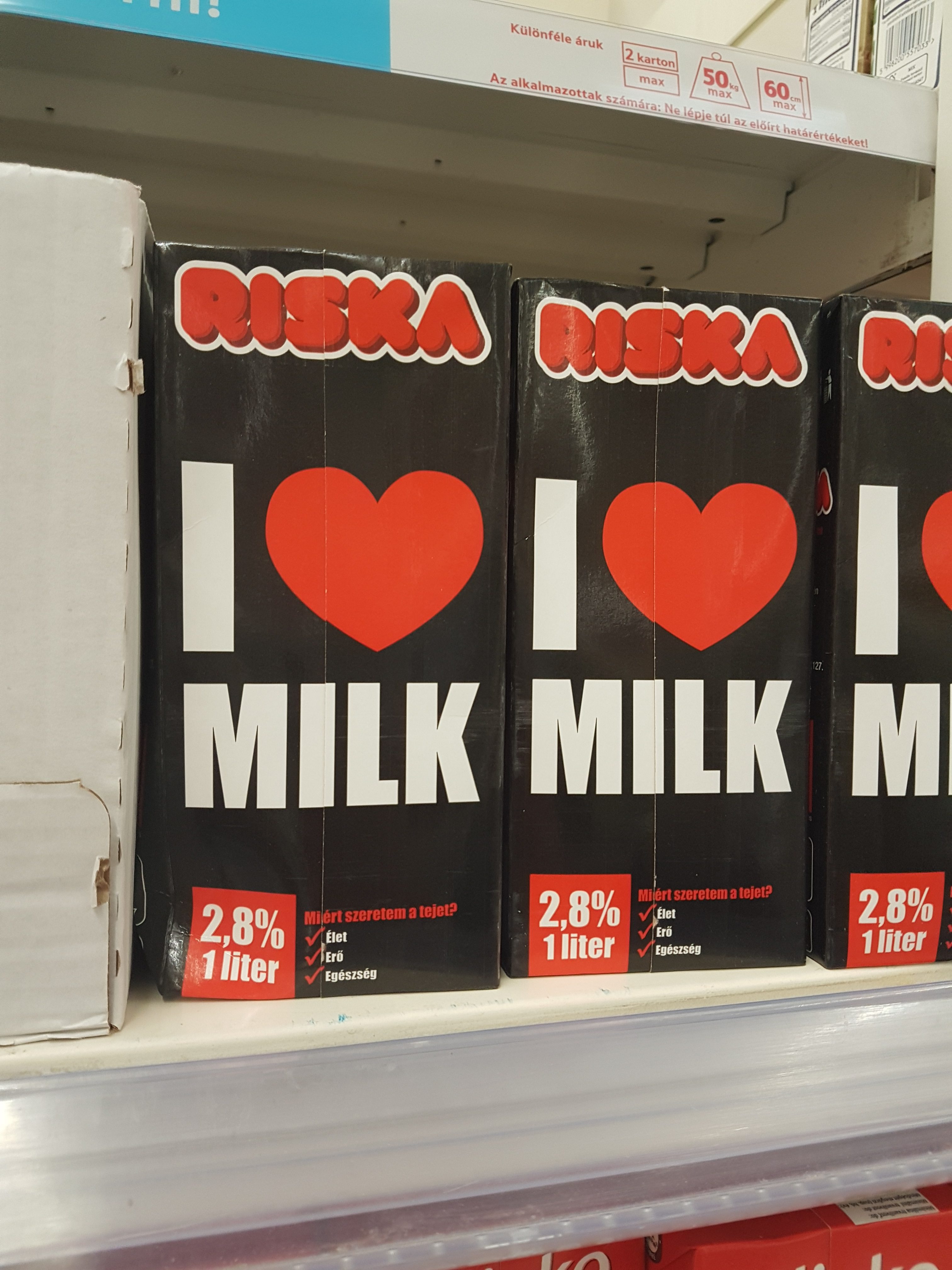 It’s as if they want you to parade around the street showing the milk carton to everyone, explaining your passionate love for the stuff. 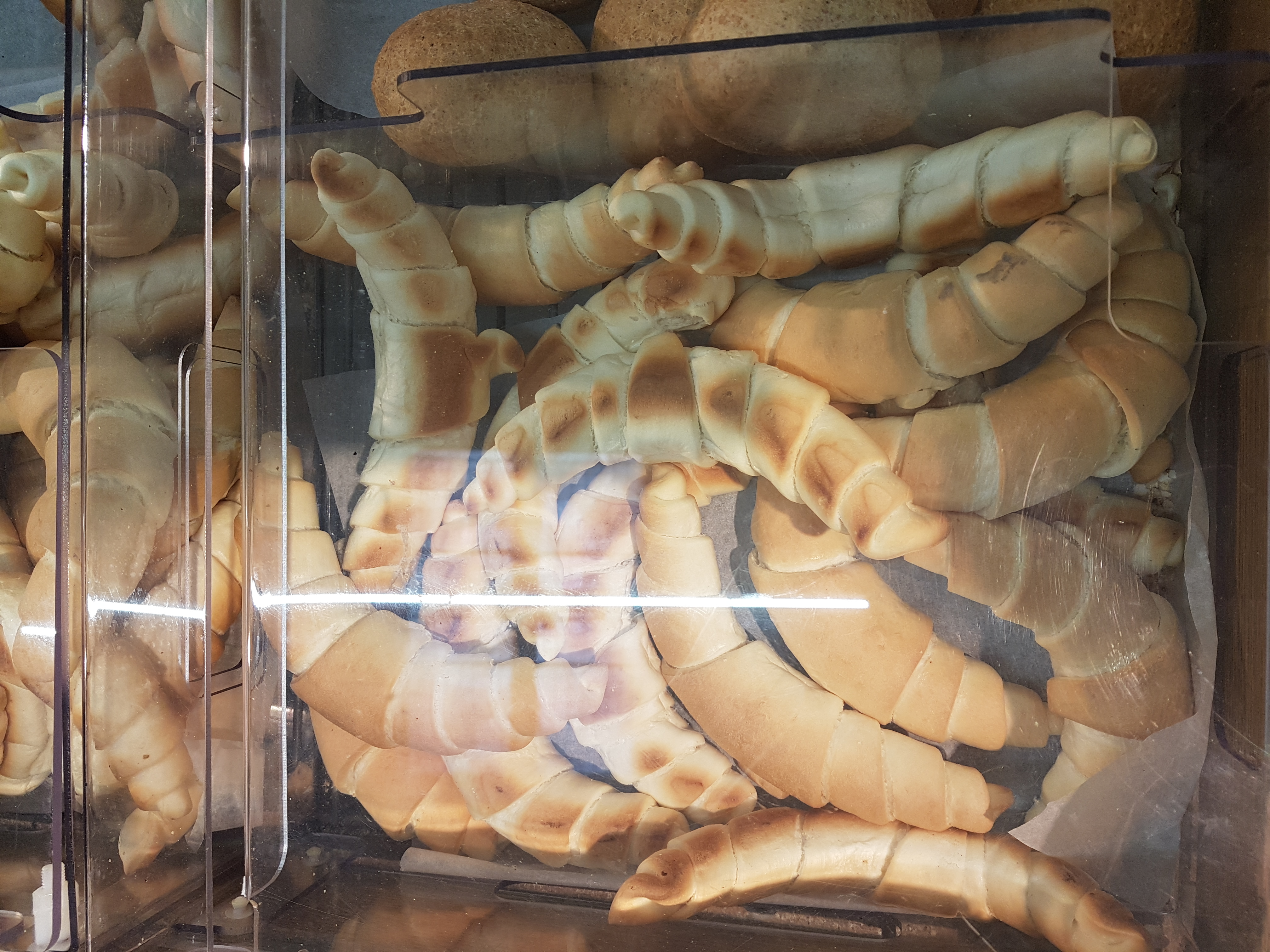 Bread that looks a bit like crustaceans? Ideal. All in all, probably one of the best trips to Tesco we’ve ever had.

Later we ended in a campsite in a village called Tata. There was a beautiful lake by the campsite and after certain members of the team’s stink was becoming almost visible(*cough* Russell), we decided it was time to properly wash and pay for a few of the luxuries a campsite offers.

The idea is to get to Romania tomorrow so we have enough time to do the Transfăgărășan highway two days from now.