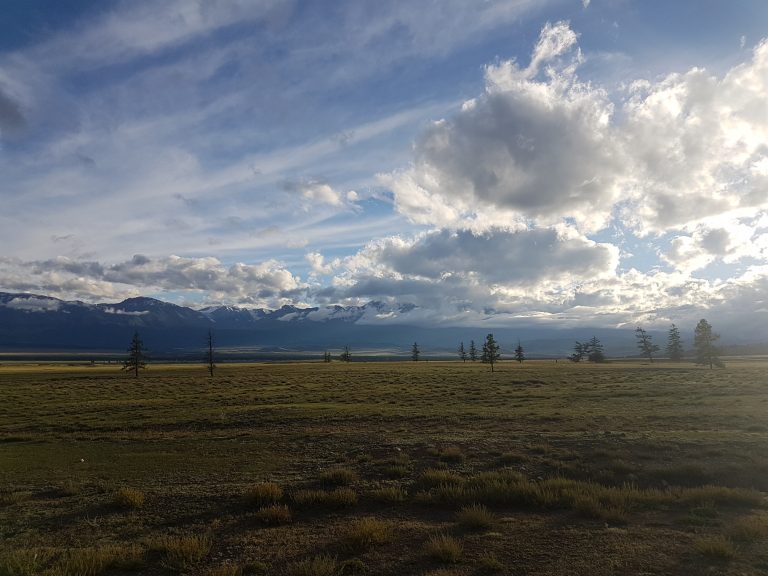 After a splash of beer, a dash of shisha, and a sprinkle of russian karaoke we enjoyed a lovely sleep in our presidential suite. Here we are looking content: 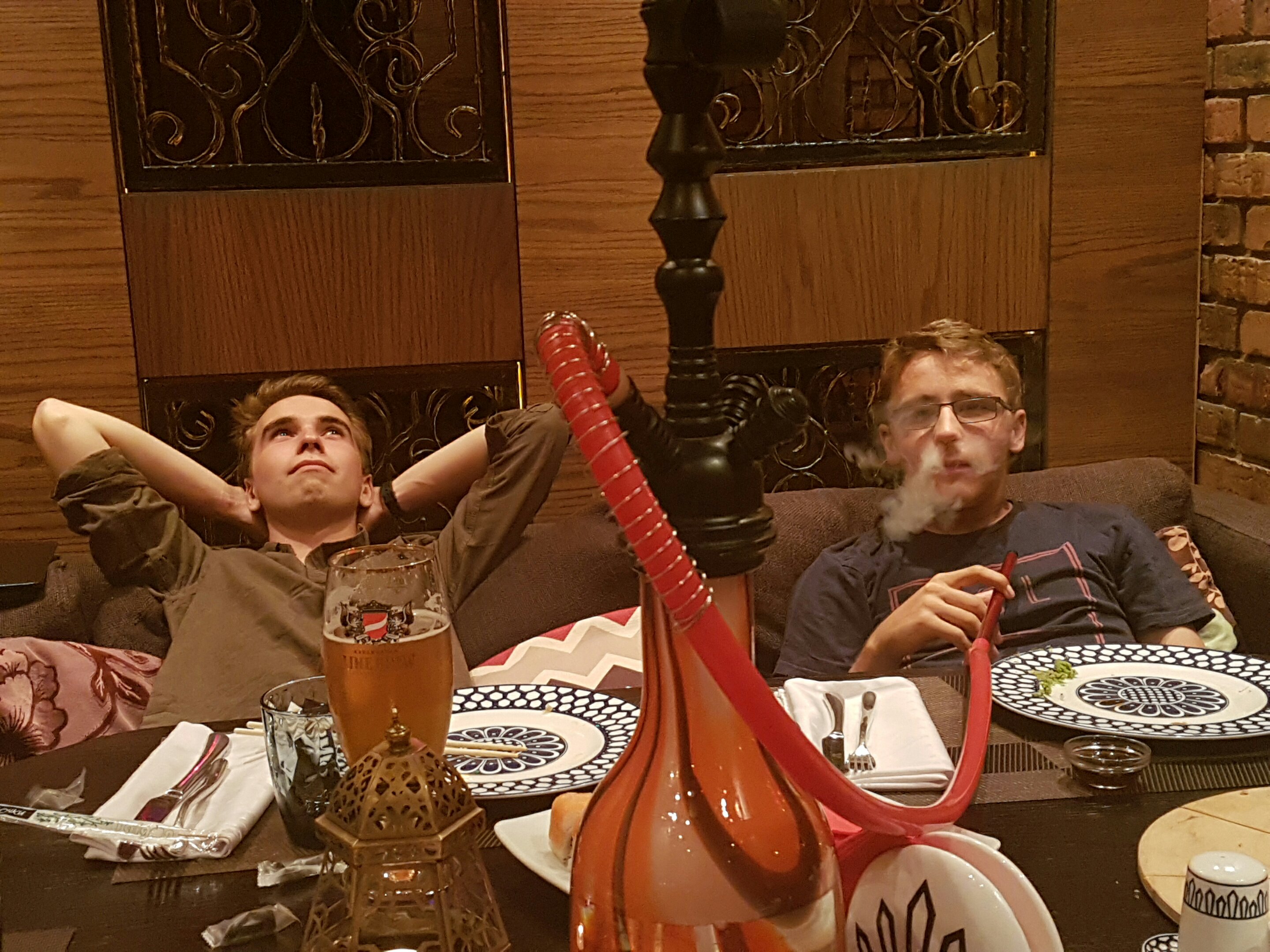 The next morning we woke up fairly early and set off for the Mongolian embassy in Astana. It was far easy to get actual taxis everywhere than drive Tina about in the centre of the city. Uber works here, and every trip came to about £1.

When we got to the embassy, we approached the small outhouse and asked about getting visas. They simply gave us a form, asked for some cash and then told us to return tomorrow. Easy. 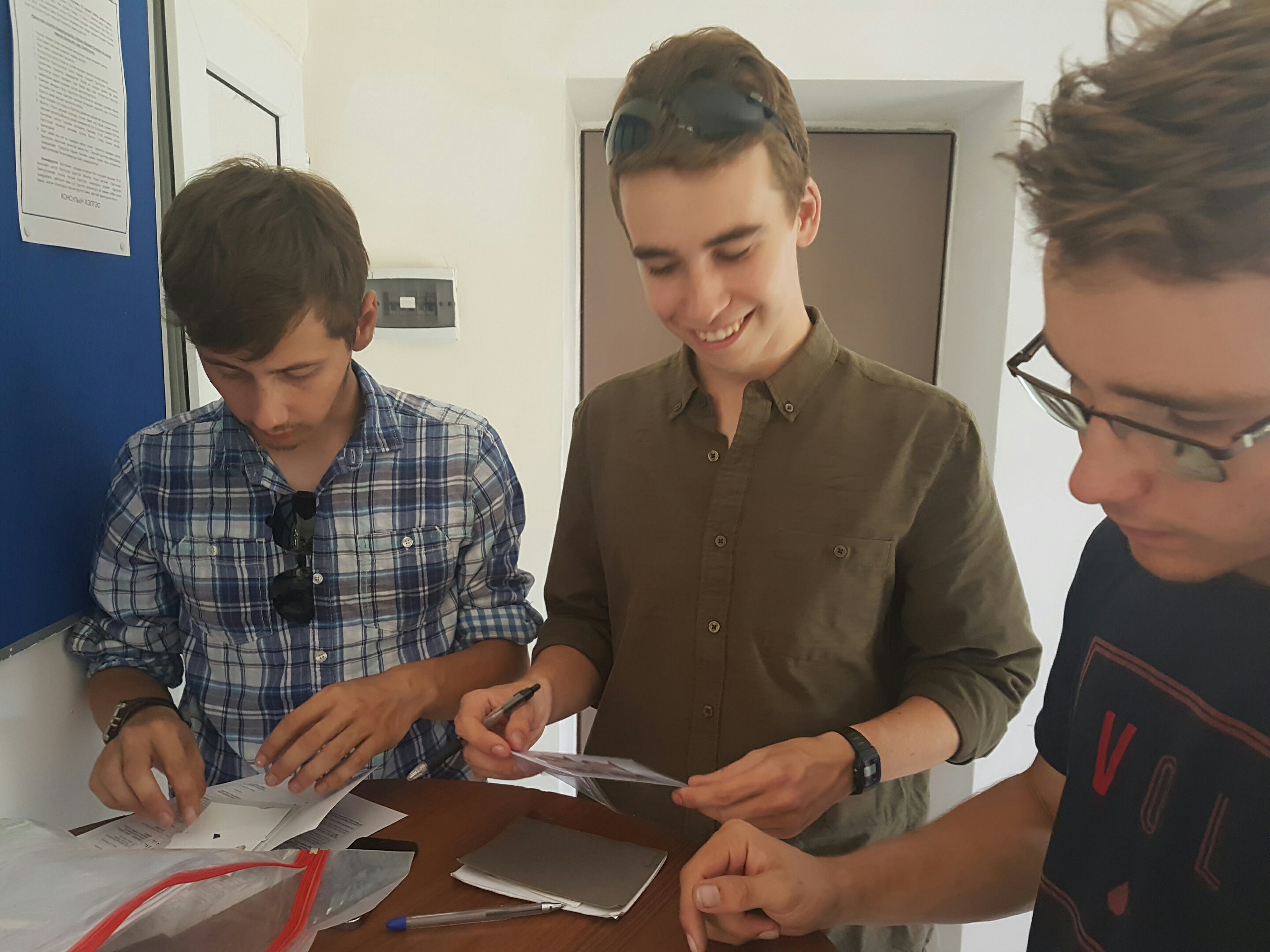 This was done and wrapped up by 12:30 so we went for an explore, and it turned out we were right next to the monument of Astana, a tall shuttlecock-like building with a massive golden ball on top of it. I realise now i failed to take any pictures of it, however we did the tourist thing and paid to go to the top. From there you could look out over the city from the massive golden ball that sits up there. The elevator doors were all so really shiny, hence the selfie. 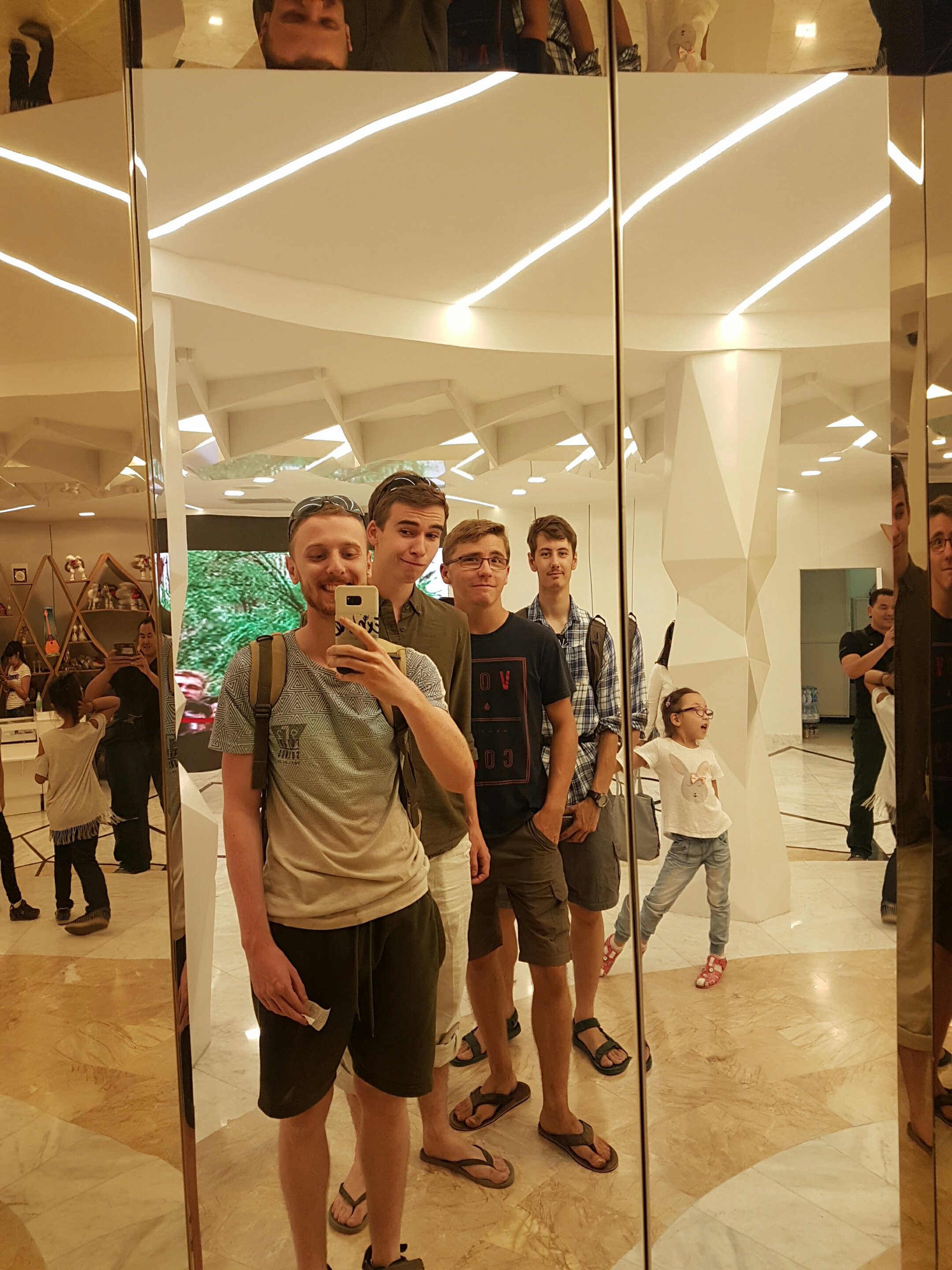 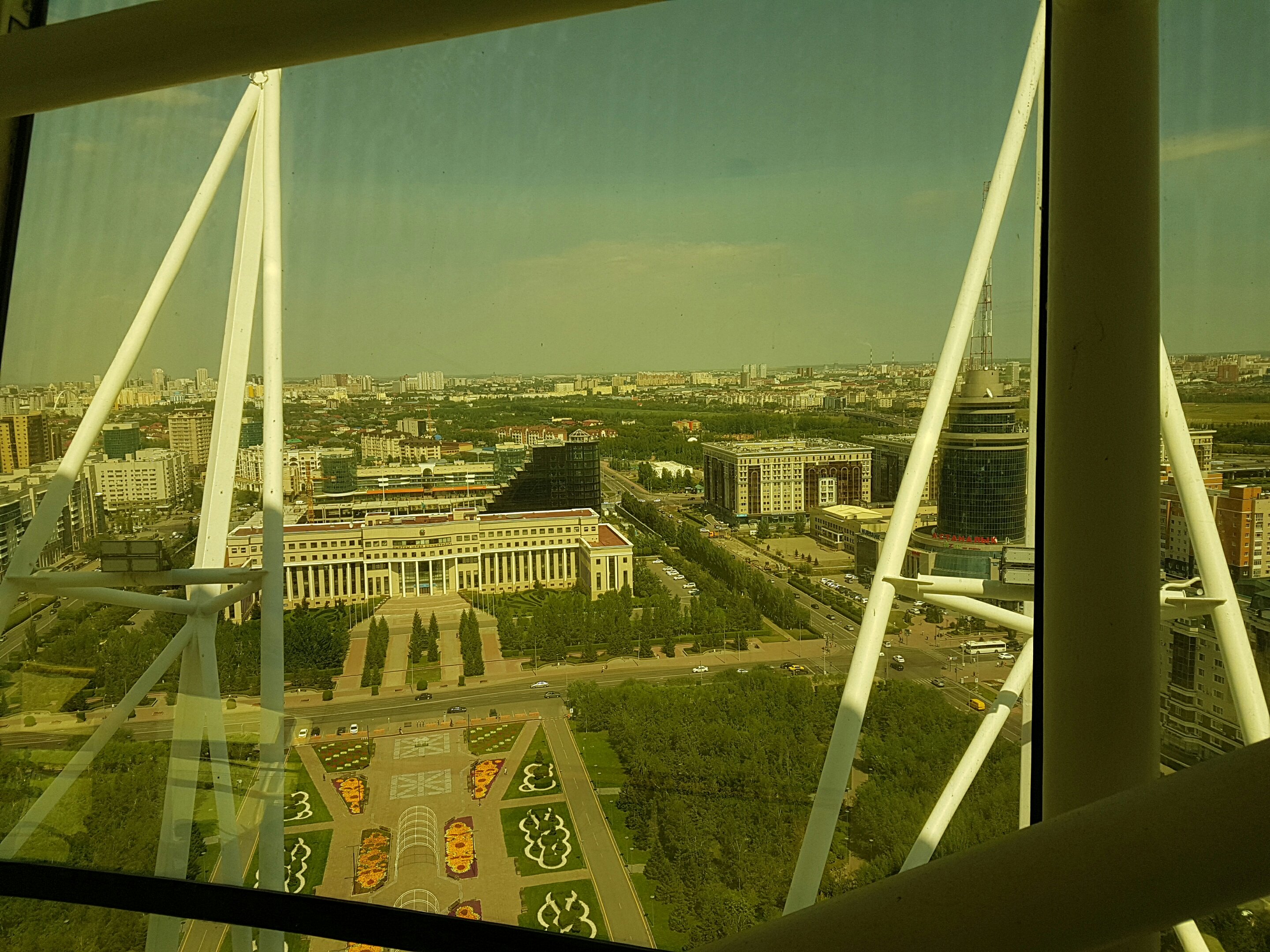 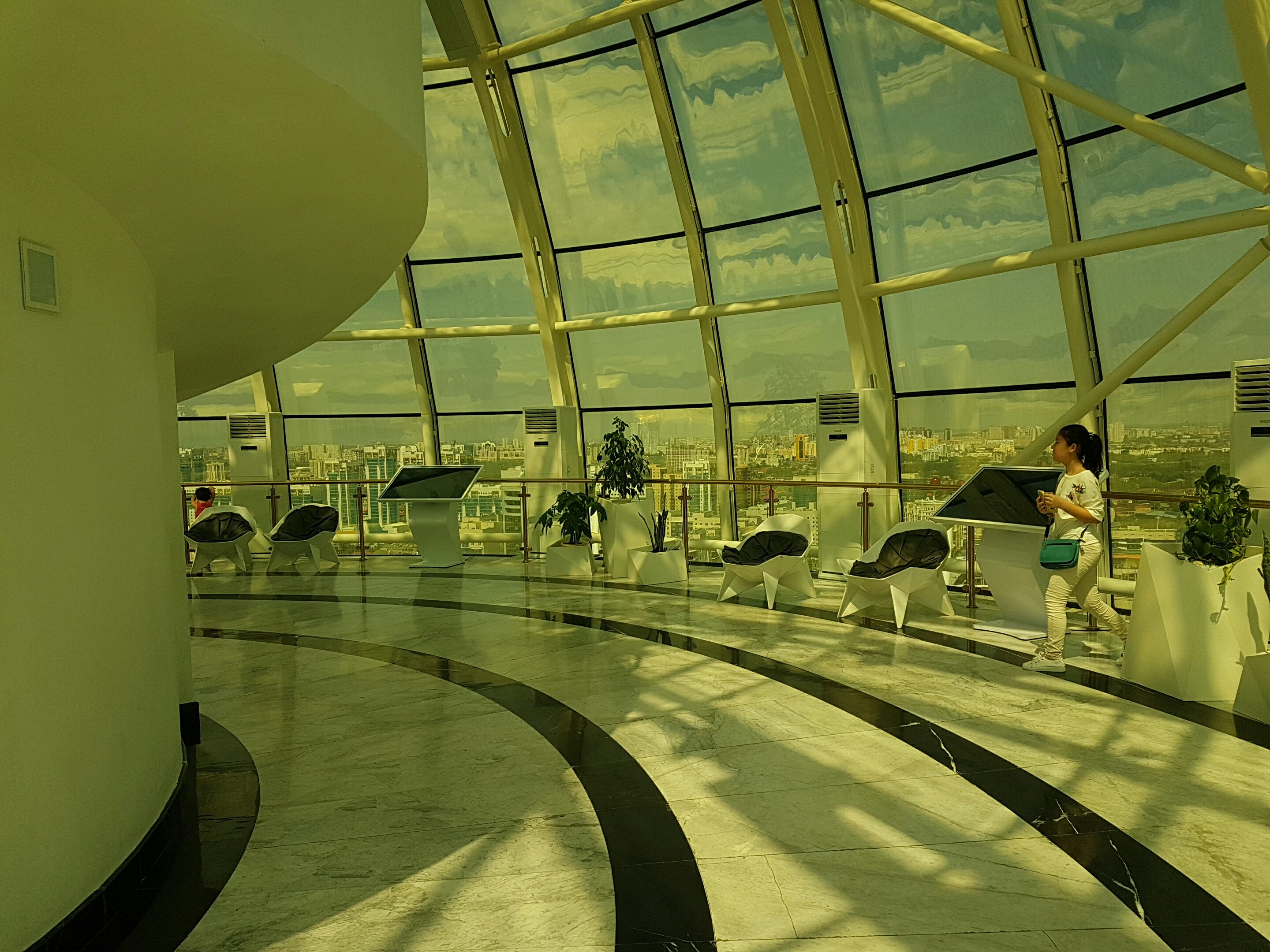 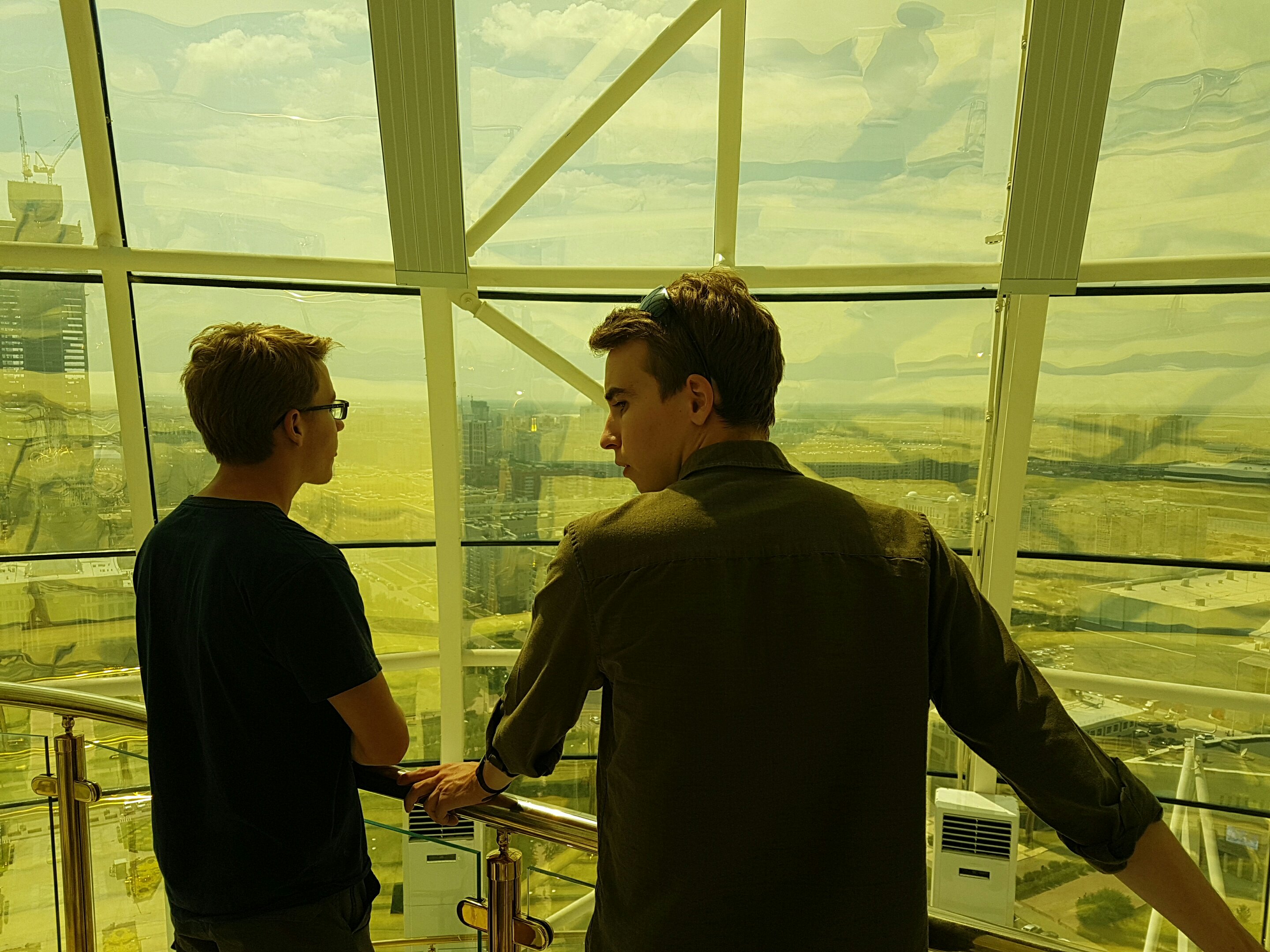 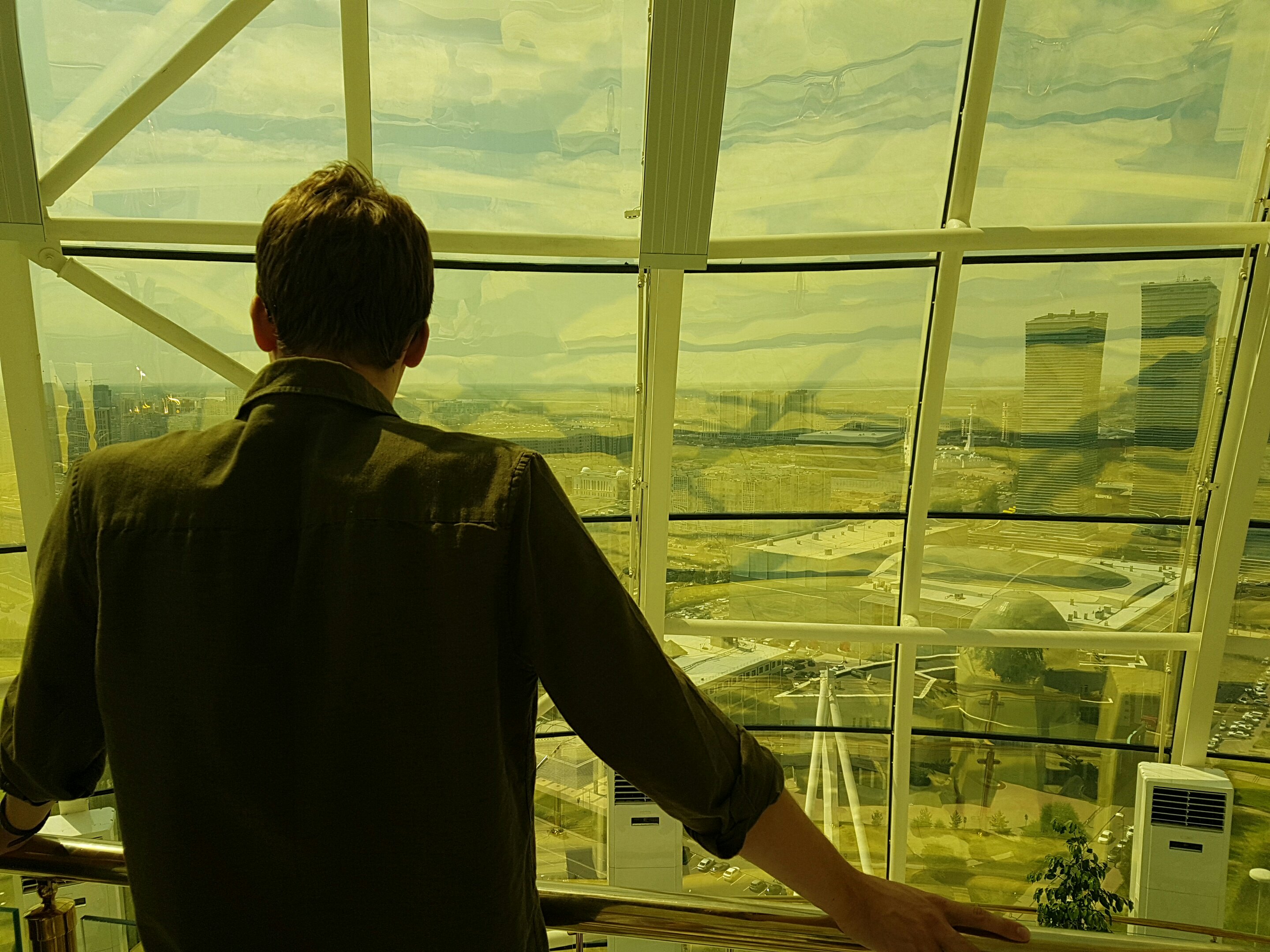 After exploring for a bit, we headed back to Tina to move her to the next hostel, as unfortunately the presidential suite would have been a tad over budget for 2 nights. As we were moving her, there was an odd thrumming noise coming from the engine and an extreme lack of power. With little choice at this point, we proceeded cautiously to the next hostel, parked her up and settled down. All of the mechanics were closed, so she was going to have to wait.

With little else to do, we decided to go out that evening. I used the extremely deep and morally righteous app that is Tinder to find us some local companionship for the evening. Seeing as I could only talk to the girls that spoke English, it was a tad limiting. But it turned out more useful than expected, as we now had a bank of translators we could use when struggling with russian. Swings in roundabouts.

We ended up having a lovely meal for very cheap, before heading off to a bar with live music and Guinness. Twas a splendid evening. 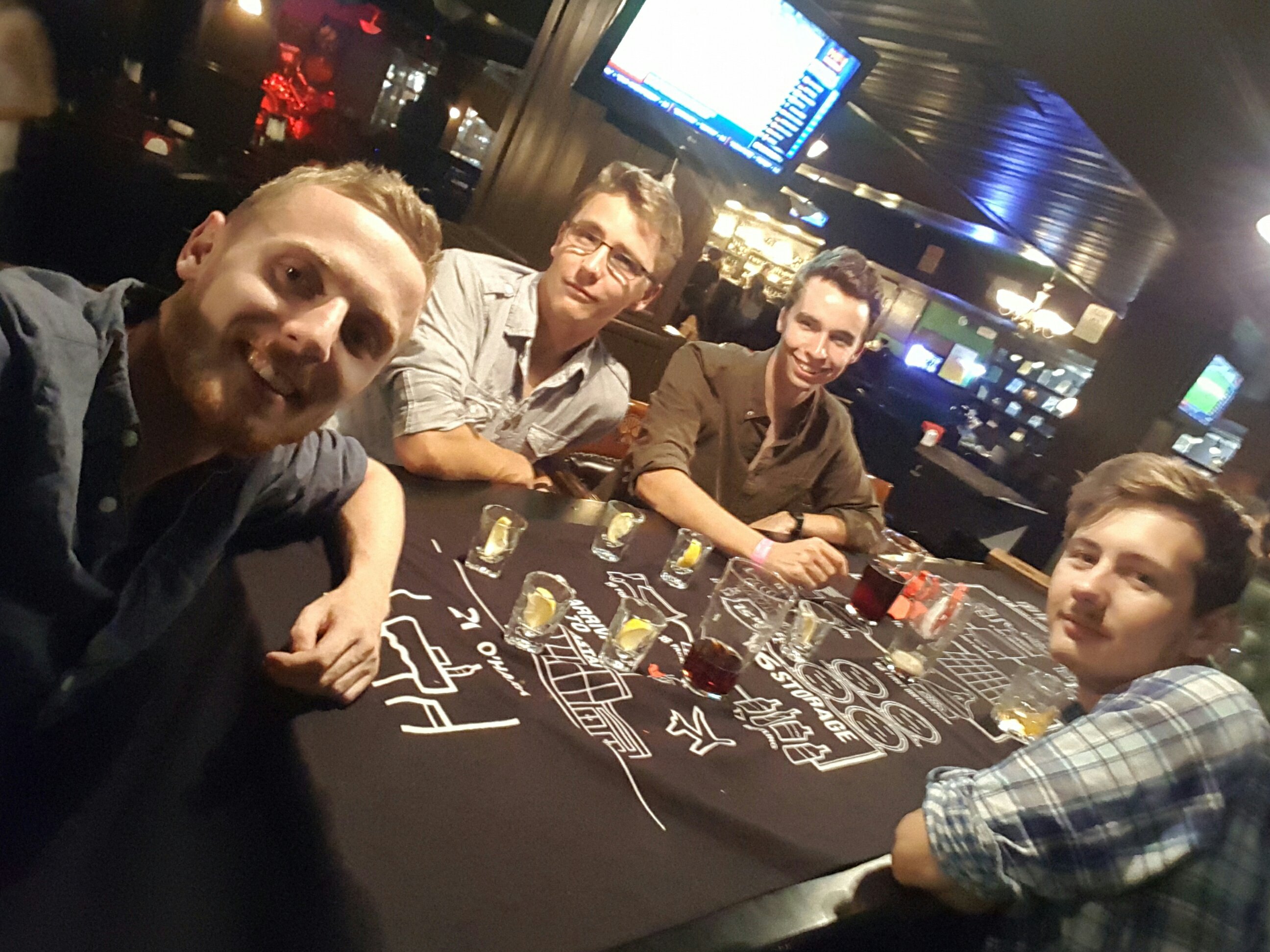 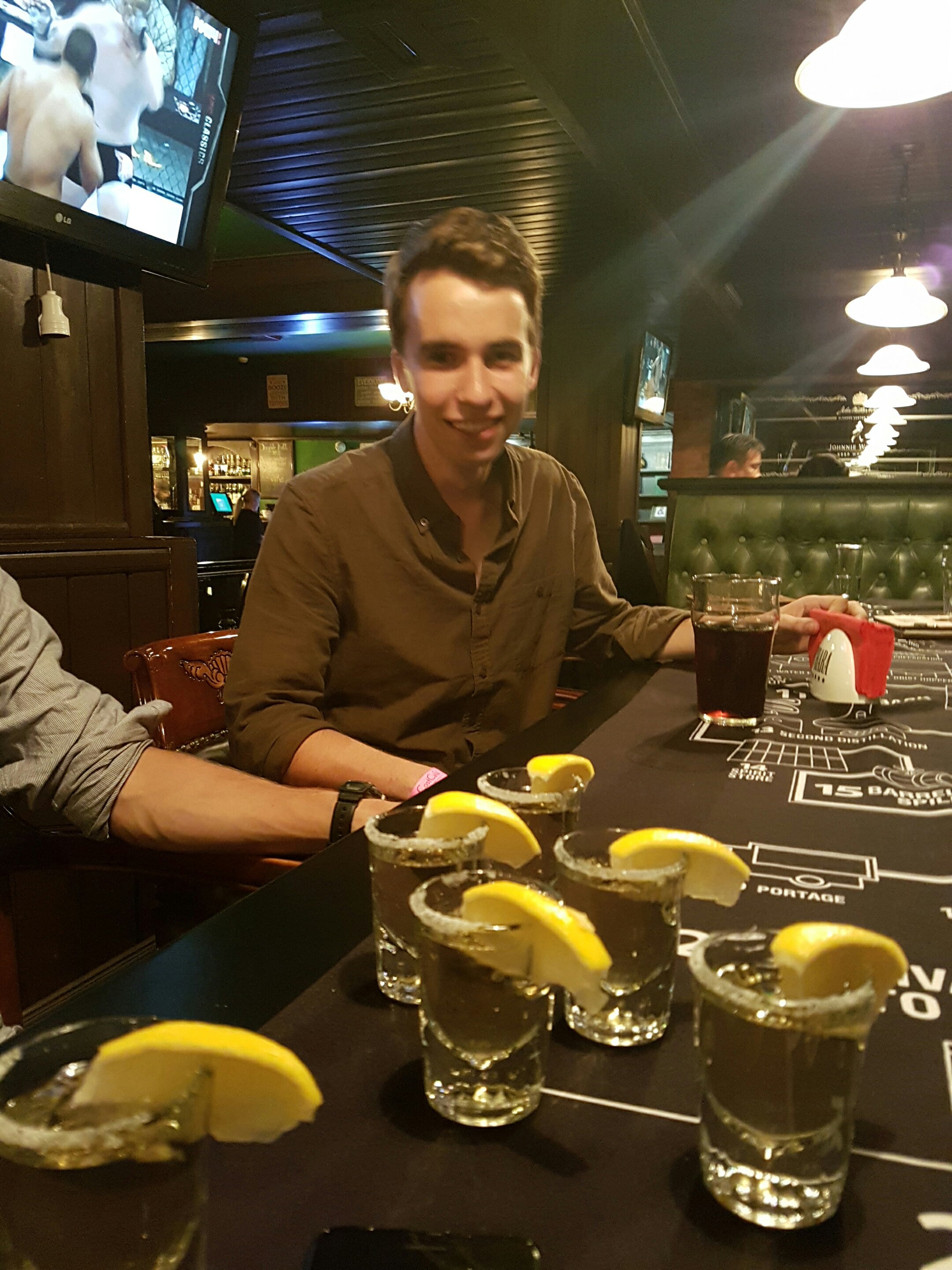 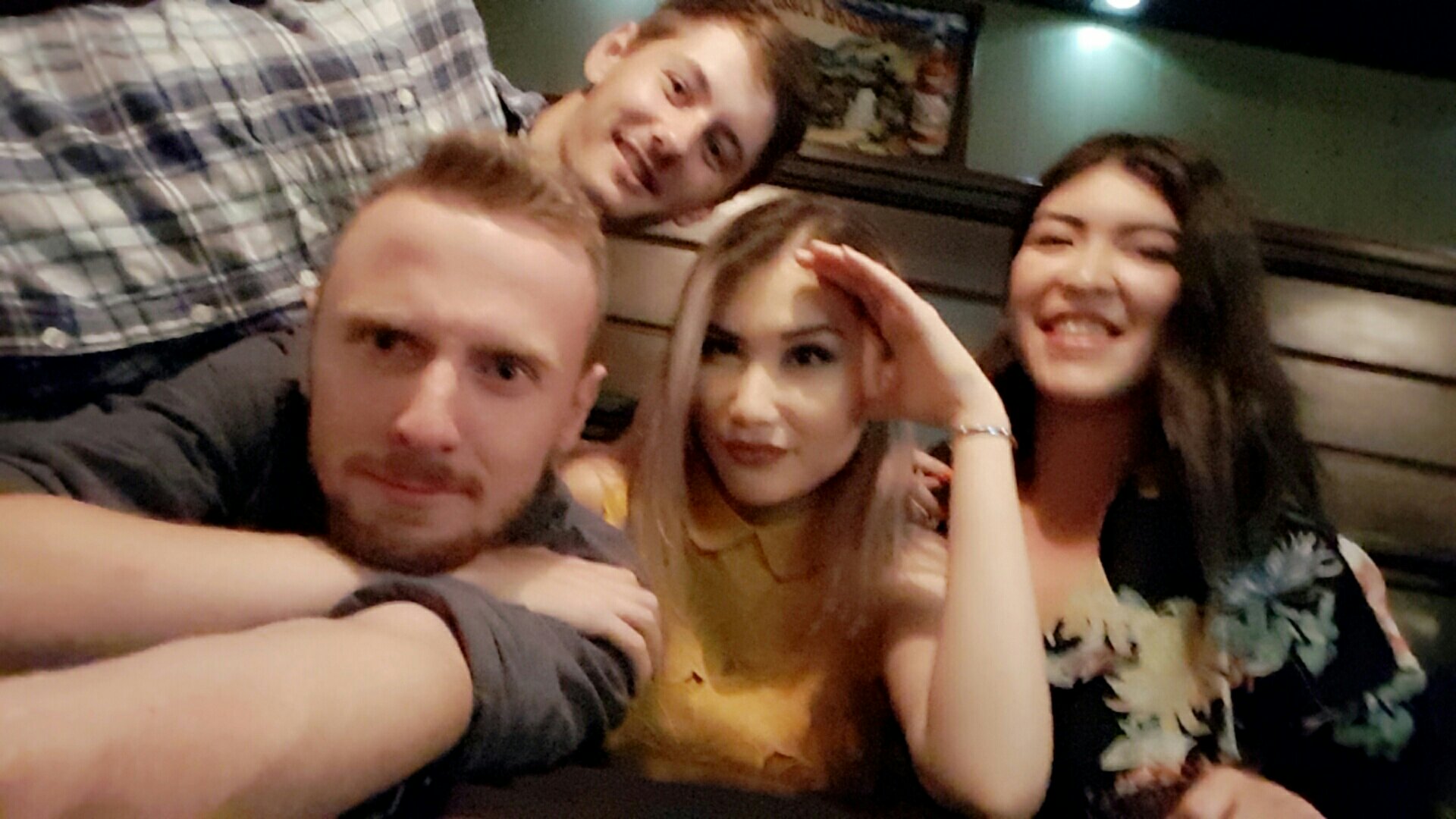 The next morning, slightly worse for wear, we picked up our visas. Then we went back to the hotel to wait for a local contact of Smithy’s (Murat) to take us to a gearbox mechanic, as that’s what we thought was wrong with Tina. Murat helped us a lot, taking us back to the hostel while Tina was diagnosed by the car doctors, and then picking us up again when she was ready.

As far as they could tell, she was fault free, and the symptoms (the thrumming) were just the loose exhaust. They bid us farewell and refused to accept any money, even though they had taken over 3 hours of their day to check her over. Lovely people. 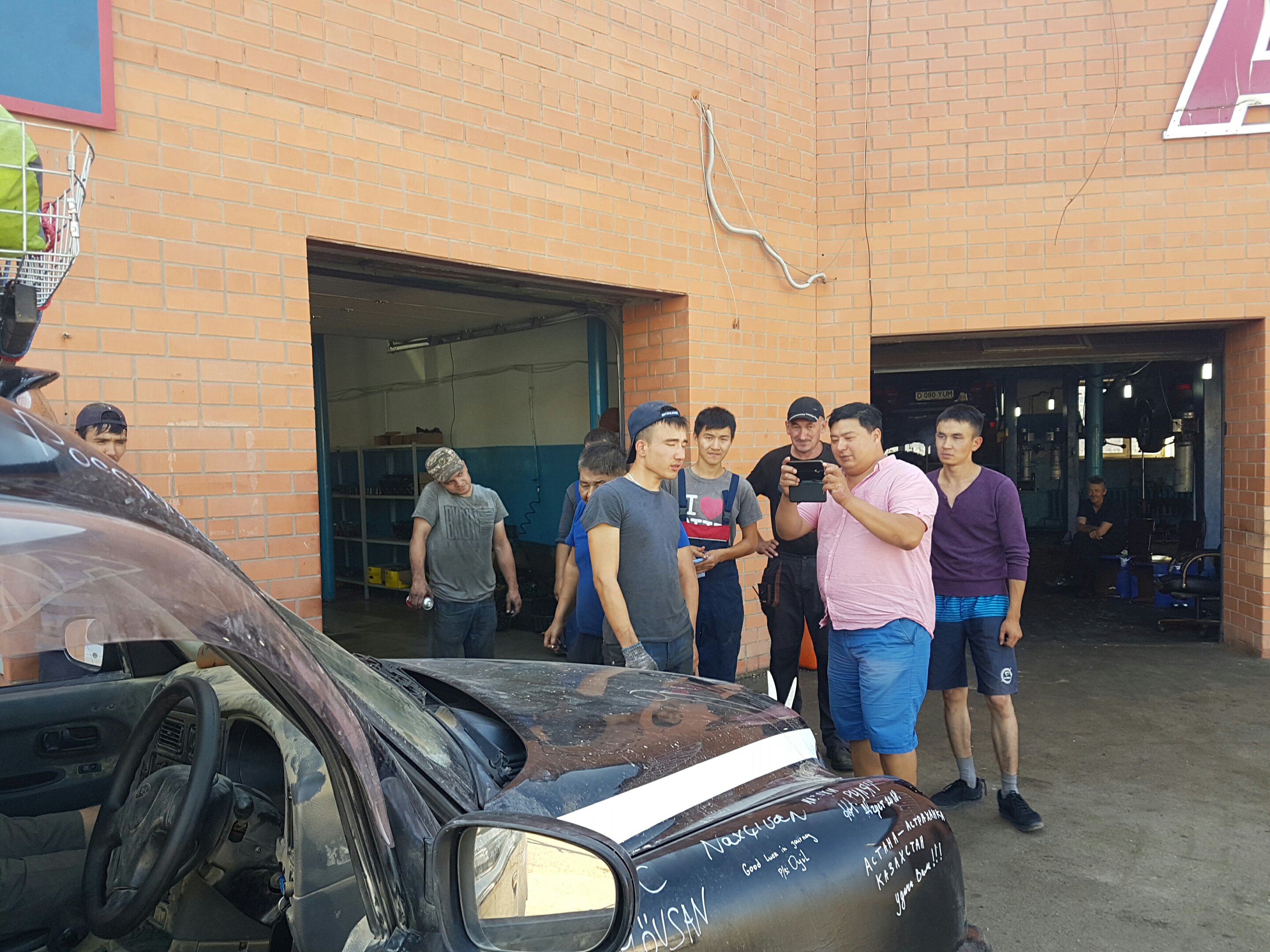 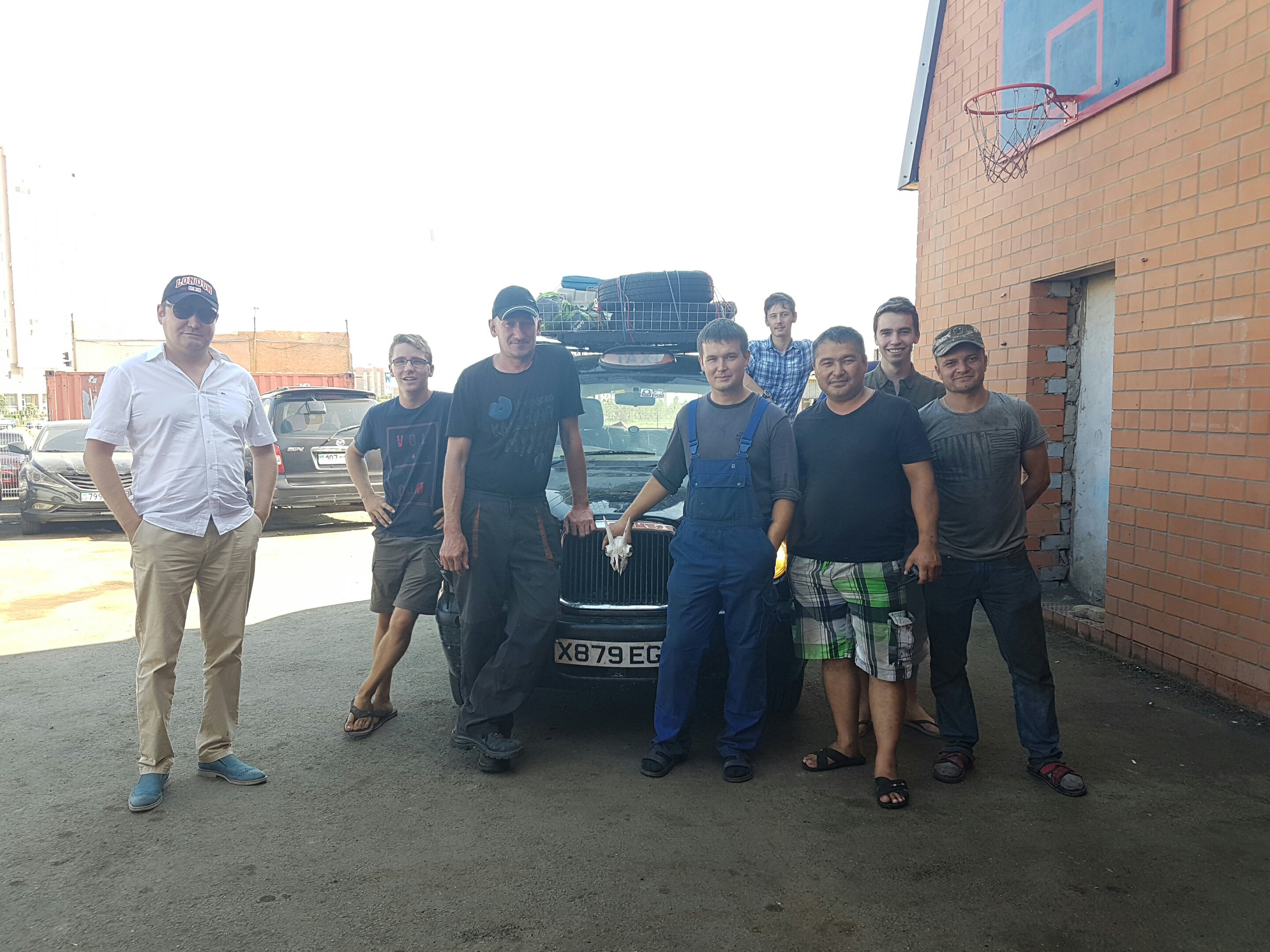 That evening, we wanted to head to the border town to try and cross the next day. 20km into the drive, we had our first roadside repair: 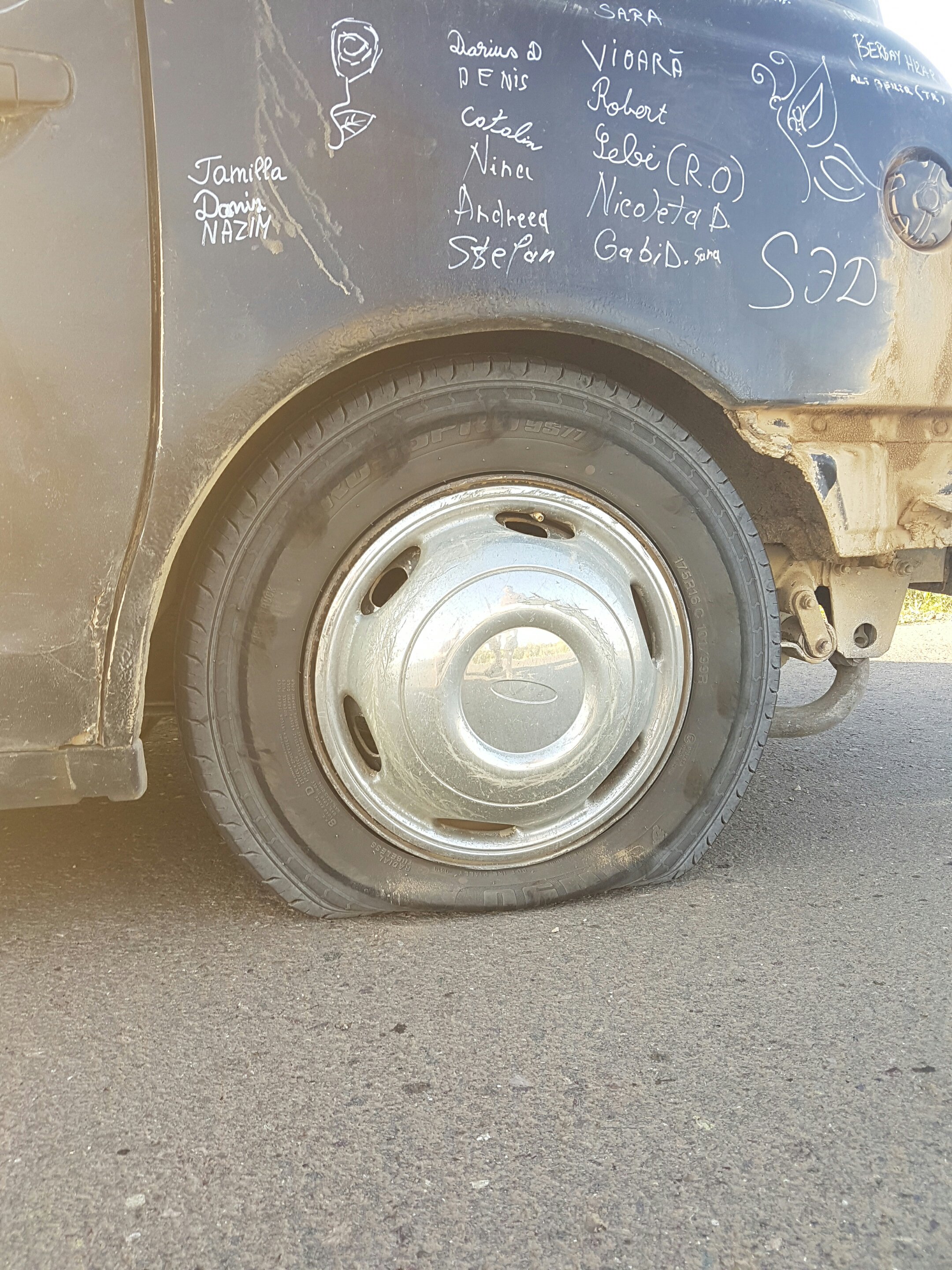 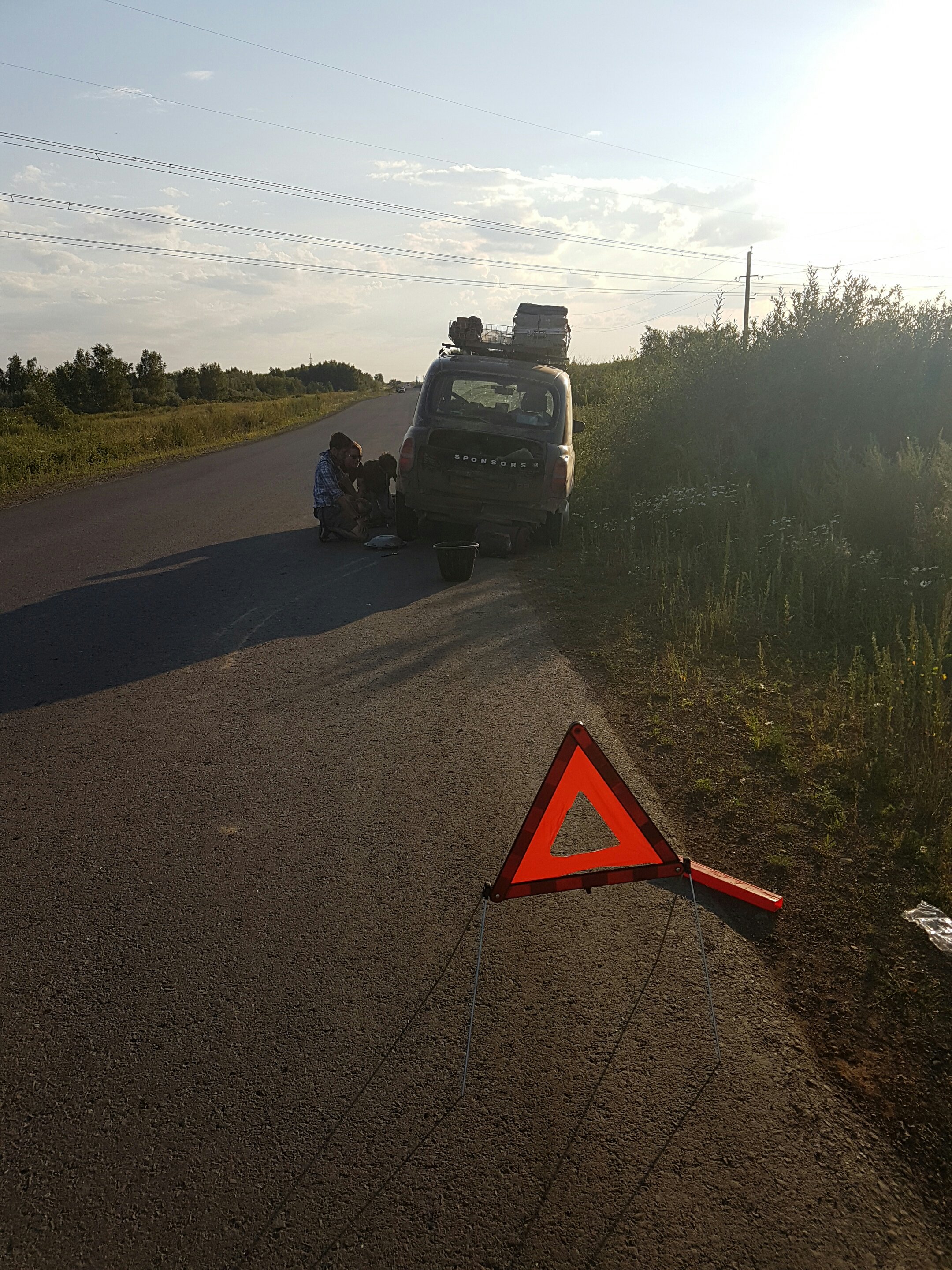 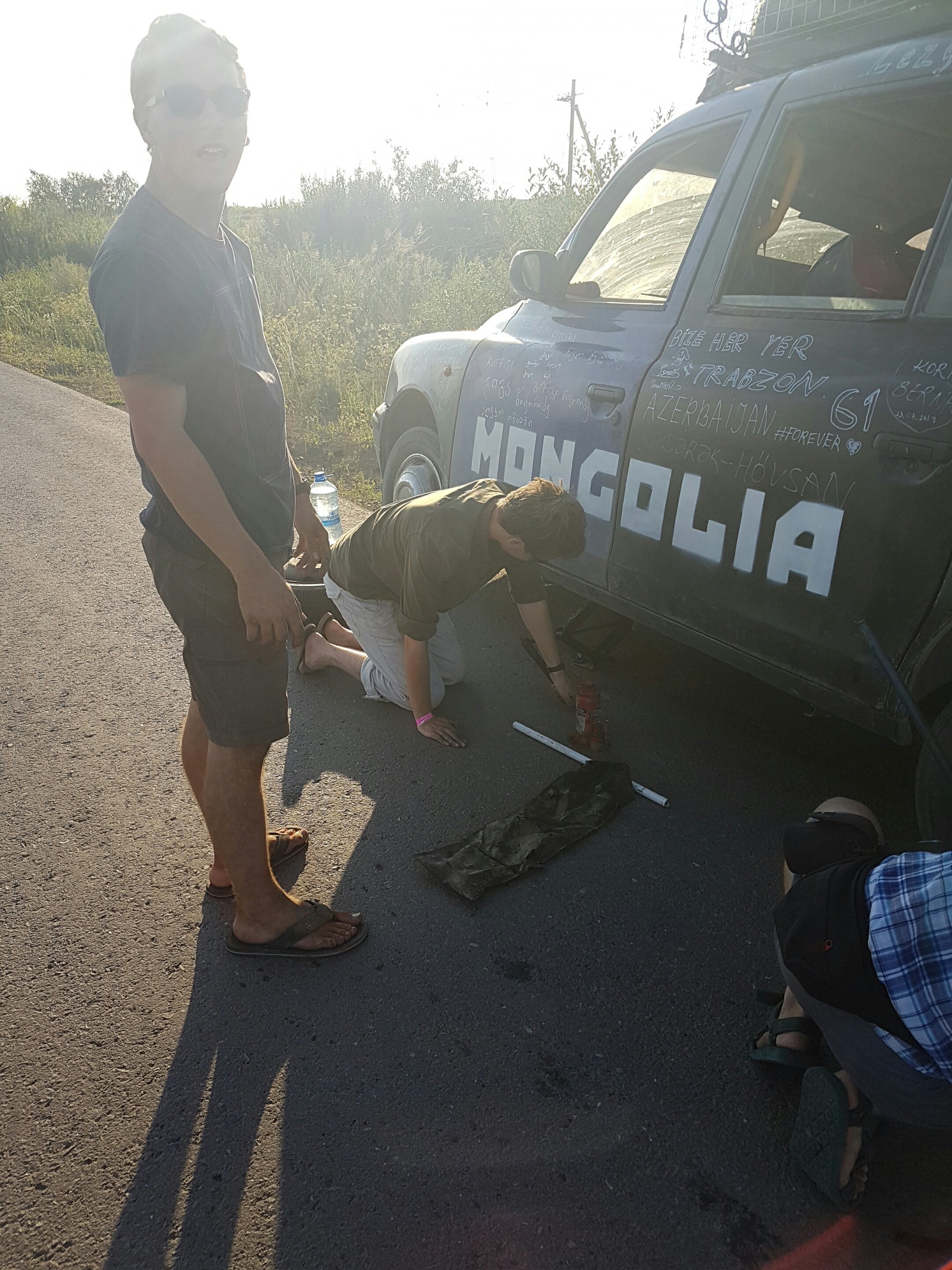 We swung the car round and headed down a different, less sharp path. Overall the delays cost us some time, and it wasn’t until the early hours we reached our destination of Pavlodar, 100km from the border. Tomorrow would be Russia, hopefully.

It’s nice being able to write phrases like the previous one with hindsight. Needless to say, we did not enter Russia after leaving Pavlodar.

This was coompletely our fault, and we are immensely stupid for not avoiding the trap we put ourselves in.

Our russian visas expire on the 9th of September, and they are 30 day visas. The expiry date is much more readable than the date of admission. So we thought 30 days prior to the 9th September is the 10th August right? Well…

We arrived at midday on the Kazak side of the border and it went smoothly, they loved the car. It was under half an hour of inspections, document assessment and passport checking. Completely different to our arrival, so we were chuffed. Then we went through the gated 50m passage of no man’s land and begun the Russian process. They had our passports for a long time, and we started to think something was up. Sure enough, the guard came out and pointed at the date of admission. It was tomorrow, the 11th.

He said in no uncertain terms we were not entering Russia until tomorrow, and to come back tomorrow.

There was a small dilemma that we couldn’t go back into Kazakhstan, because the car had a single entry stamp. This meant we had to ride out our time in the 50m passage, much to the amusement of pretty much everyone. 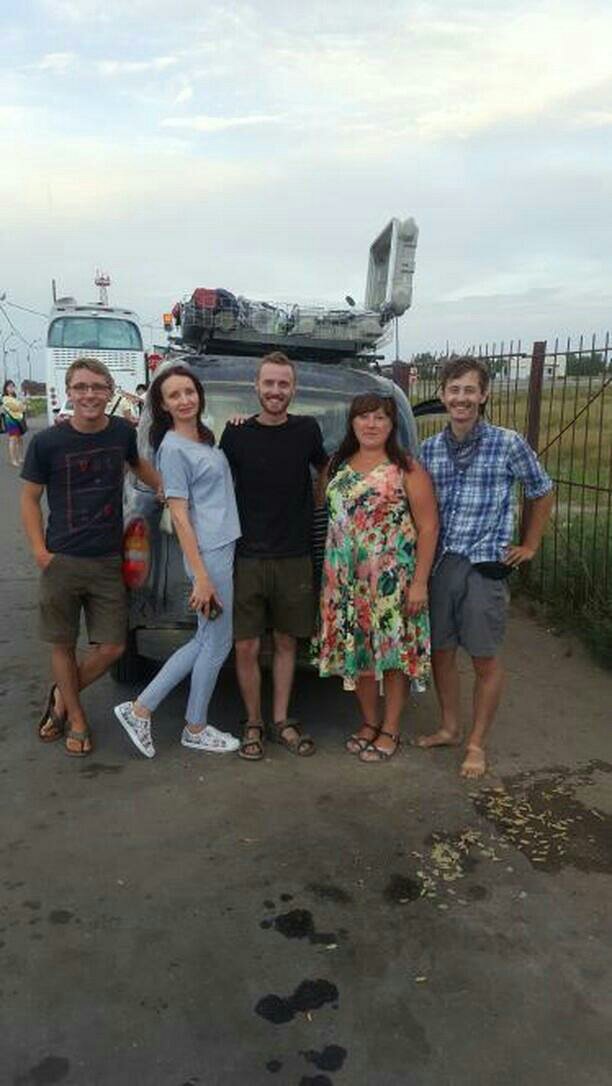 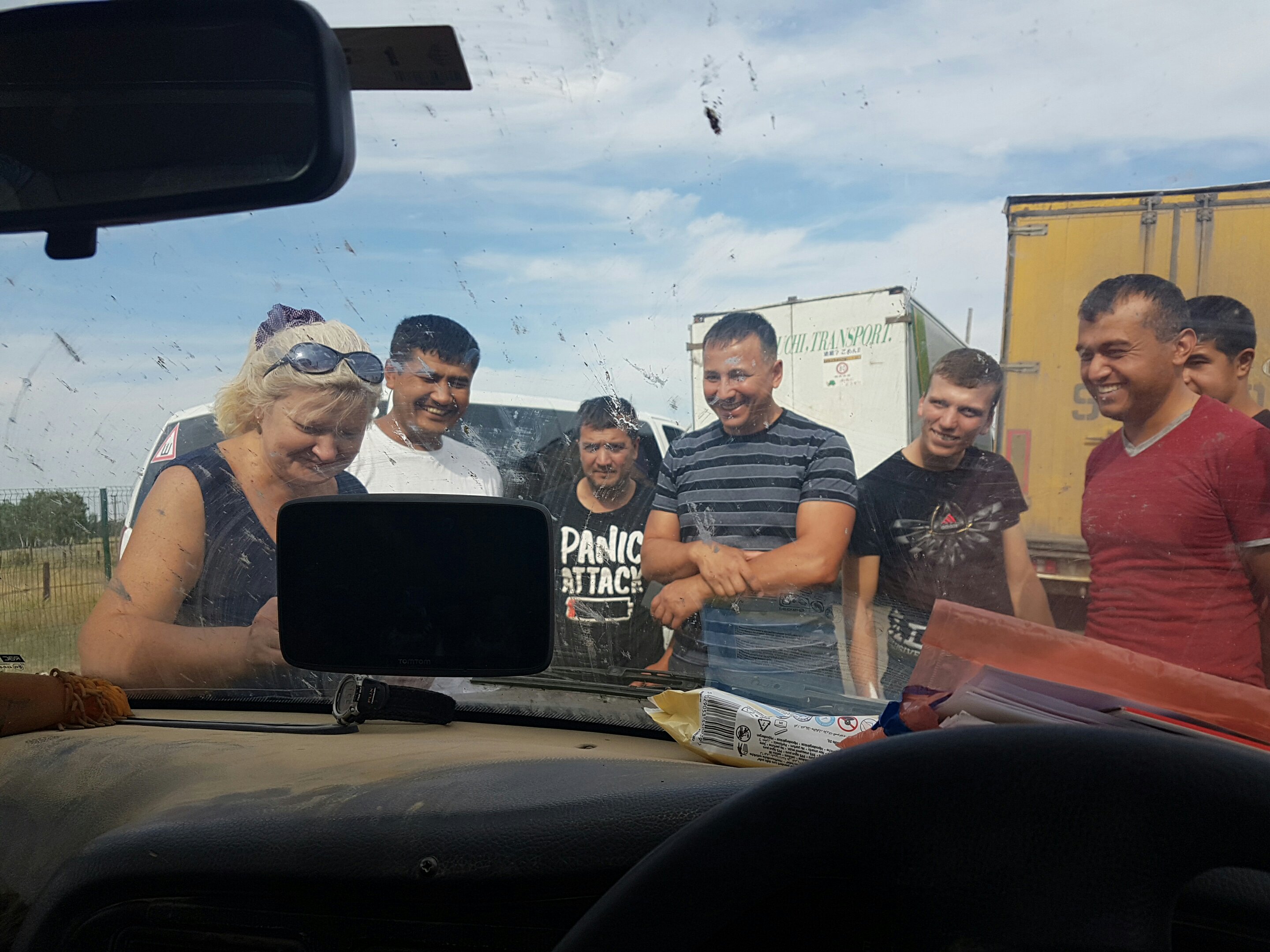 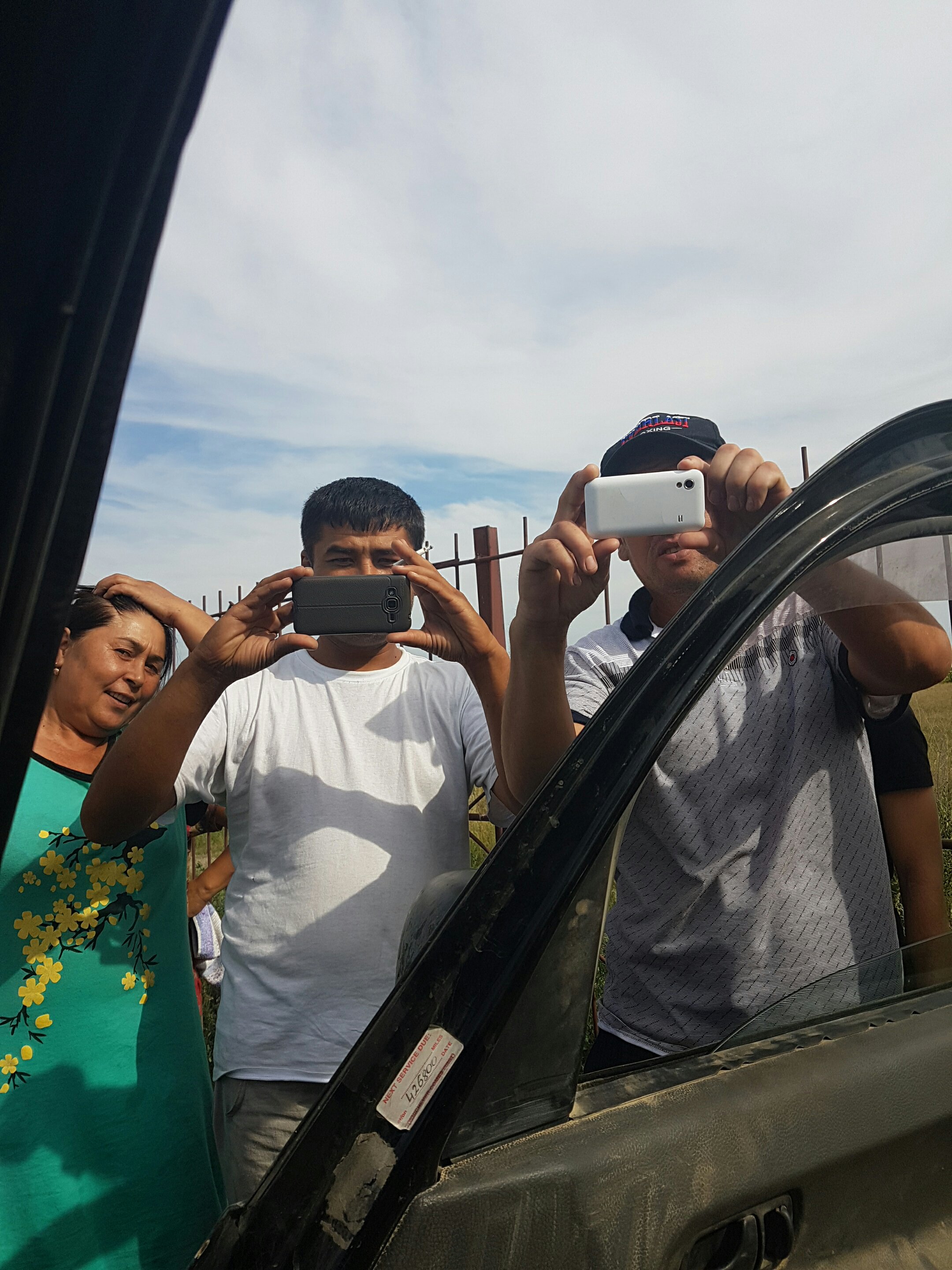 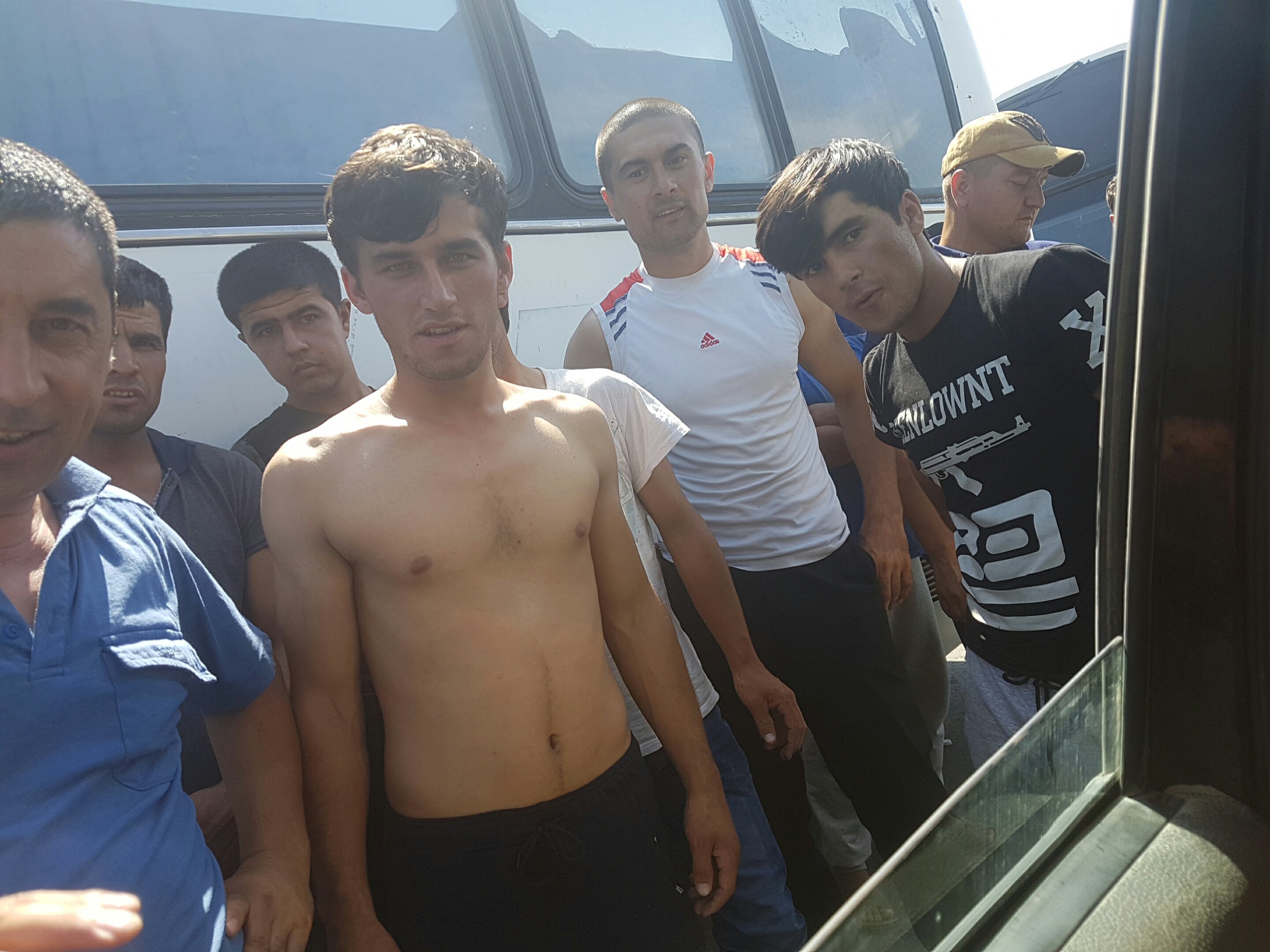 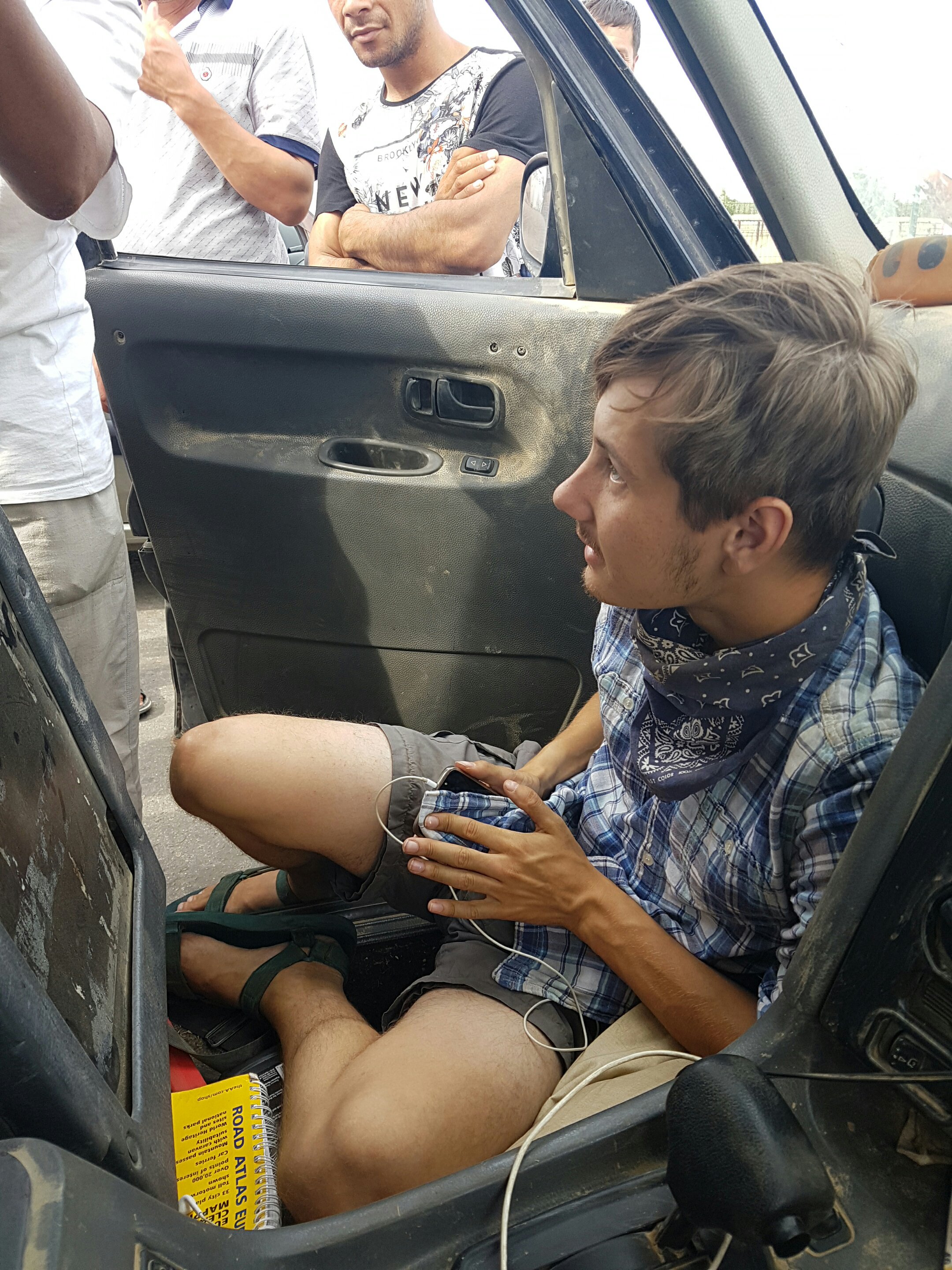 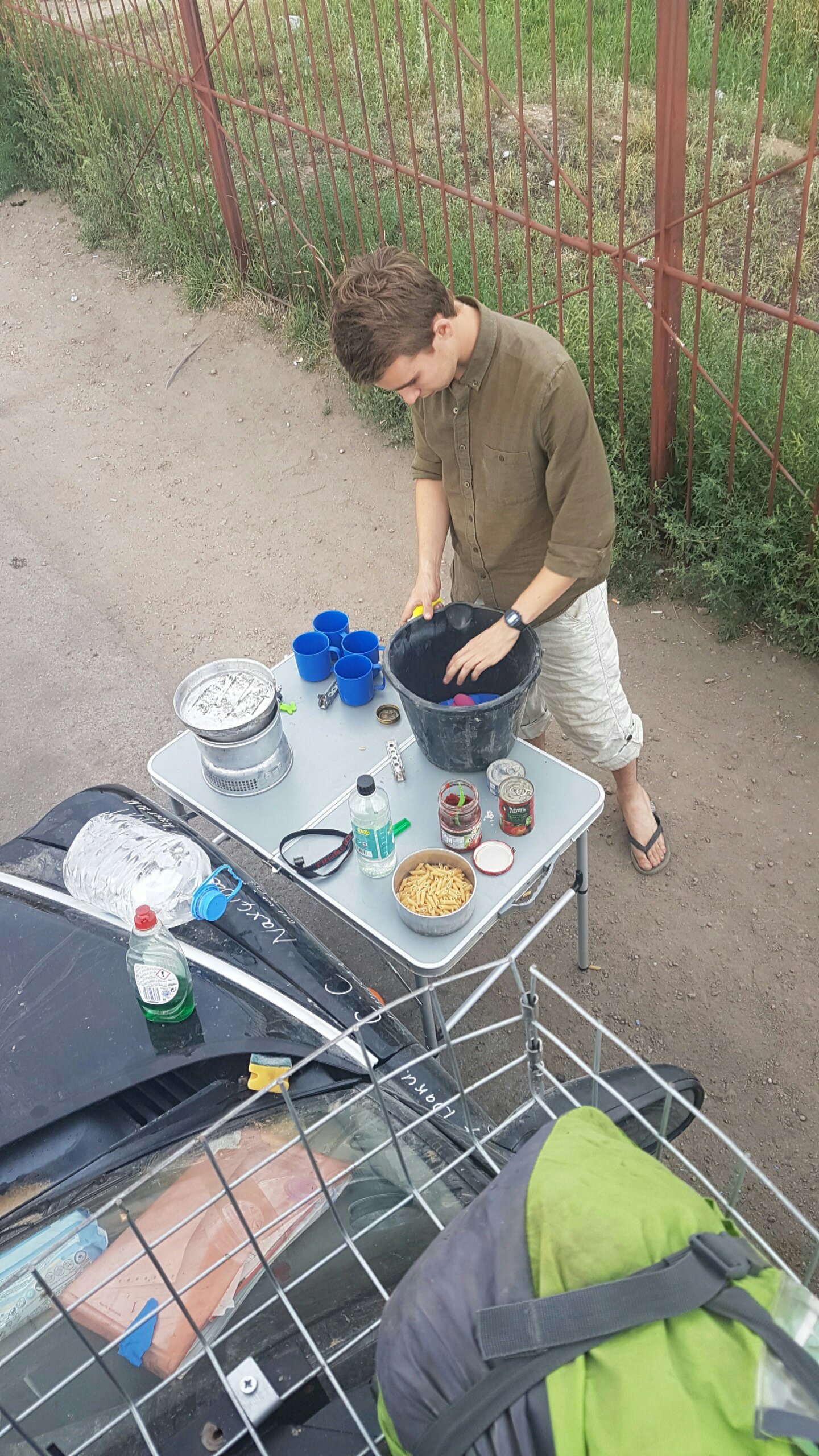 Luckily, we discovered the border post was in fact 24 hours and that the Russian side was an hour ahead. This meant we only had to wait to 11pm, and so we did. One small respite was that Smith had downloaded lord of the rings, so we taped the phone in the corner, put the bluetooth speaker on and settled in for a nice time consuming movie. 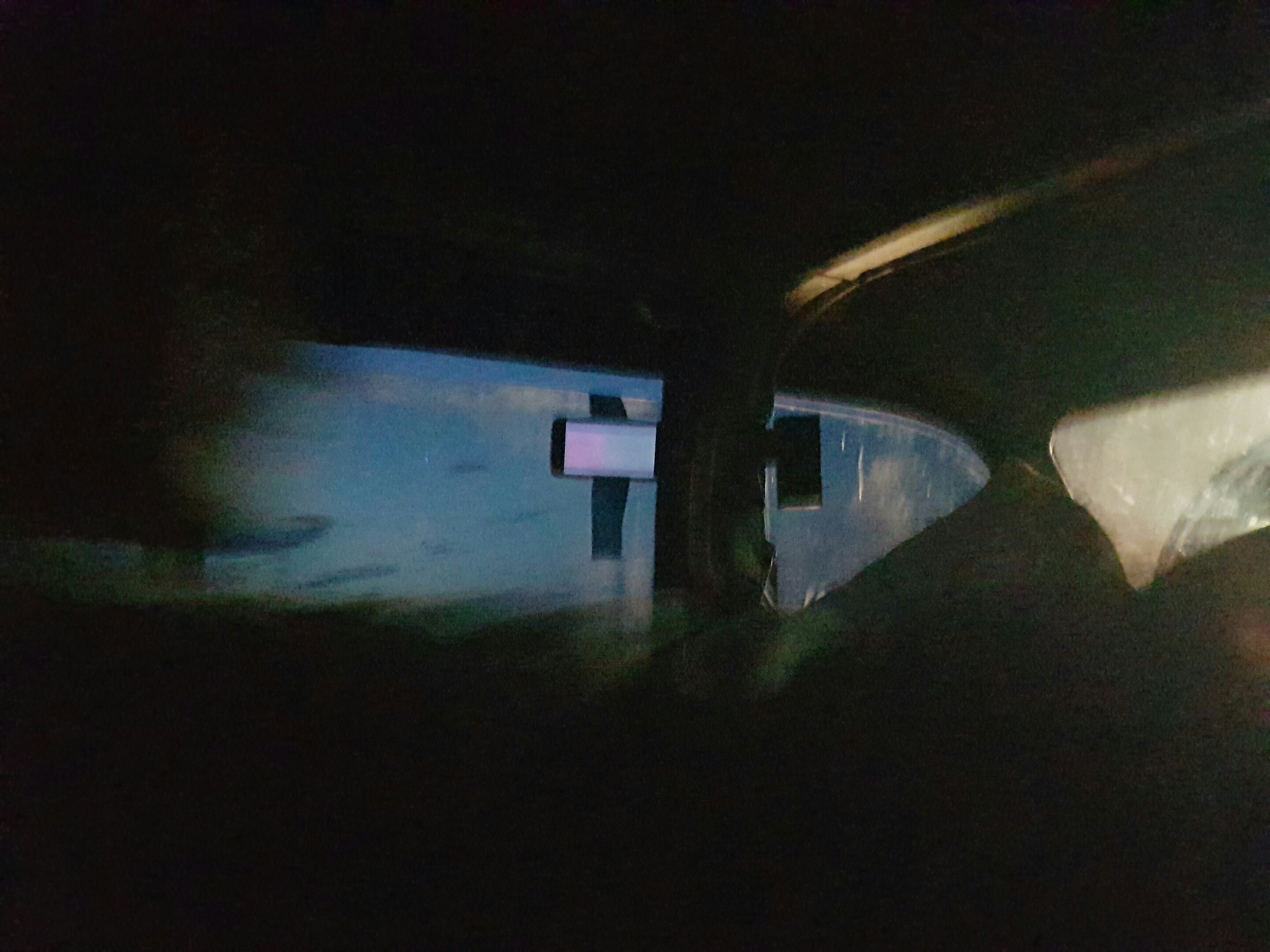 As we move onwards towards Mongolia, the internet is becoming more and more sparse so I am slightly behind. Next time we have internet you shall be informed!