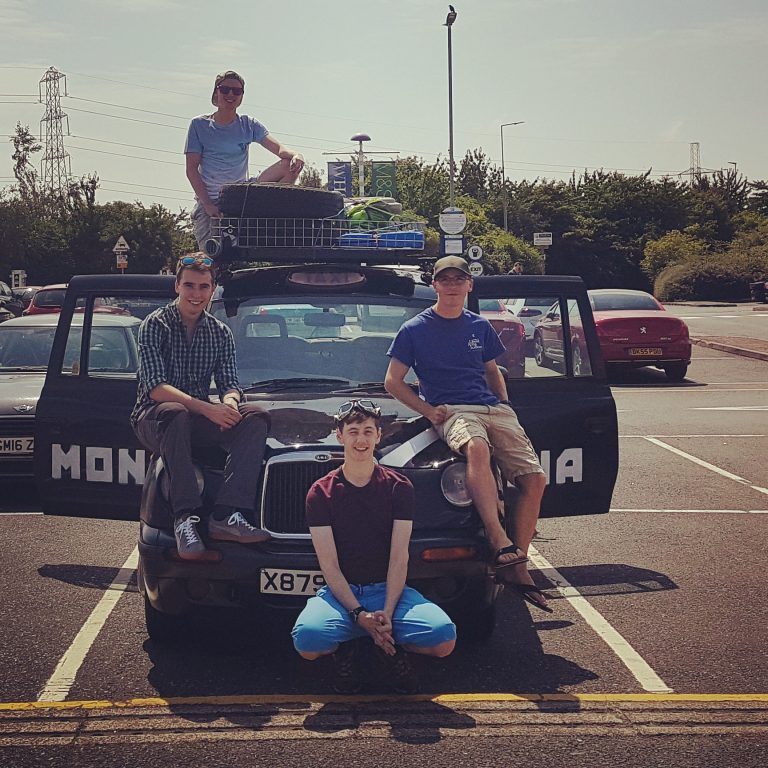 After England’s defeat last night it’s safe to say I may have had one too many beers, and did not wake up this morning feeling fresh and ready for the longest drive of my life. Luckily Harry doesn’t care too much for football and picked up my broken pieces, and I arrived to the departure point with most of the organising done. 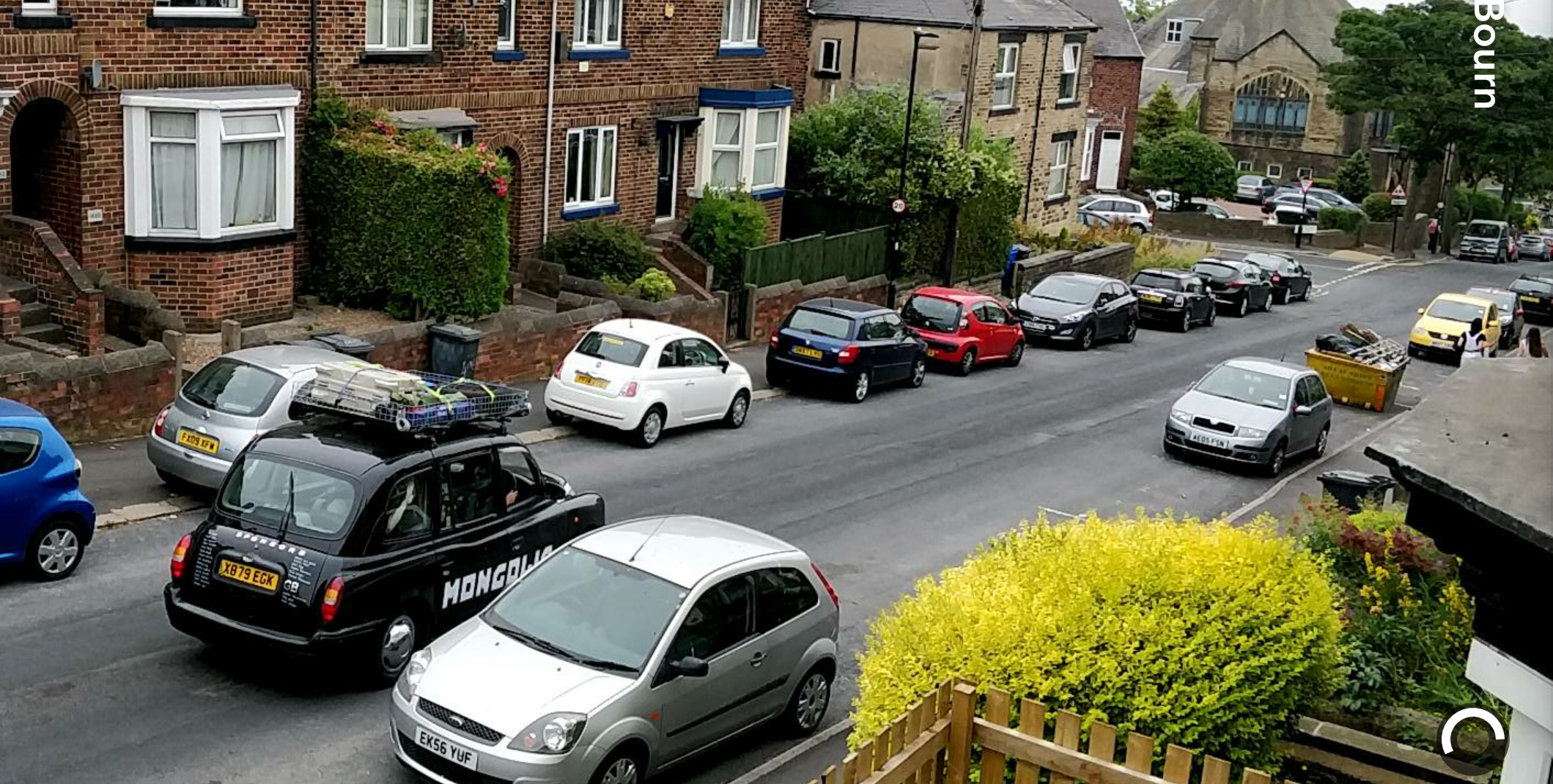 A mere 20 minutes later than scheduled we set off, with our official starting point as the Punchbowl Pub in Crookes, Sheffield. We did the obligatory horn beeping and ecstatic shouting of “Mongolia” as we rolled down Sheffield’s many hills to the petrol station.

Much to my displeasure I discovered another little quirk of Tina’s. Whilst filling the fuel tank, the pipe is too wide to activate whatever little piece of magic stops the sweet smelling yet sickly diesel pouring out. This led to a significant squirt being ejected from the car and absorbed by my one and only pair of shorts for the journey. Fantastic. Eau de diesel anyone?

The drive down to Dover was surprisingly uneventful, bar a young lorry driver who we raced round the M25. It’s slightly painful when poor Tina switches down a gear in an attempt to overtake a lorry, and she still fails to get enough speed to execute the maneuver successfully. It’s a bloody lorry, come on girl.

There were a few odd looks as we boarded the ferry, and we met another rally team in the queue, the tyrannosaurus wrekt. They seemed to think Tina would be a top towing machine when we get to Kazakhstan, I’m not sure we agree though. She seems to be leaking something from a few places around the engine so we’ll have a gander in the morning. We will do our usual pointing at things in the engine and making comments as if we have a clue, but in the end we’ll shut the bonnet and carry on as normal. It’s a flawless technique, backed by evidence. We haven’t broken down yet have we?

Home for the evening 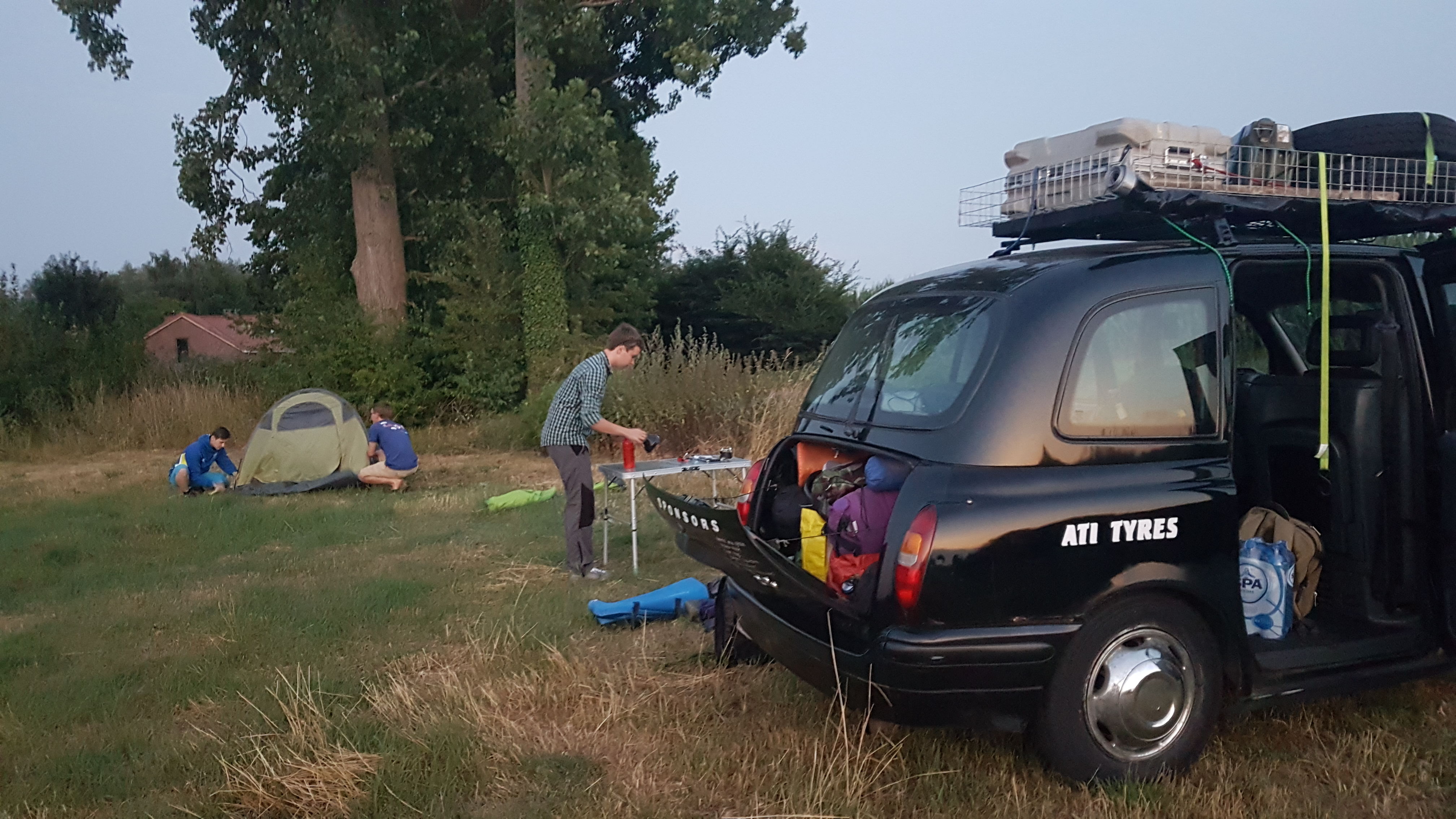 We have pitched up on the side of road somewhere near the town of Ath in Belgium. Not much to it except some grass, and it’s in a fairly secluded spot so hopefully we don’t get any trouble from the police.

Harry is just whipping up some tomato pasta and tuna, what will probably a roadside regular. He also managed to open the fairy liquid in our strongbox that contains all of the equipment… So pretty much all the tools have a green stickiness go them, but they smell fantastic. Winning?