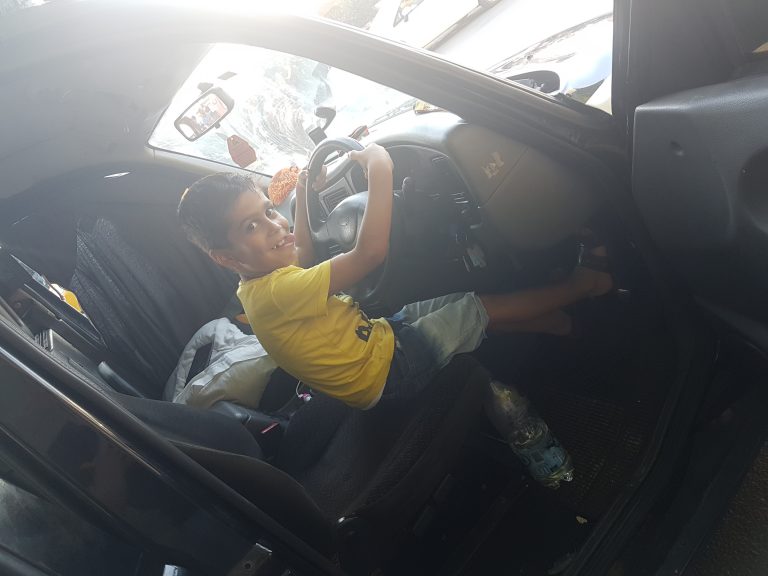 Pictures are not uploading anymore, posting seems to be having issues over the WiFi here. Working on it.

We woke up at 10 today after a sleeping like kings. We then realised we might miss our included breakfast and rushed downstairs to find the buffet still laid out (winning).

Not long after, we set off for the Georgian border. As we passed more and more lorries, we realised we were approaching.

One thing we have learnt is how horrendously boring being a lorry driver must be. At every border crossing we have been to, the lorry queue has extended for at least 2 kilometres. At the rate they’re let through, this must take days.

Anyway, when we got to the front of the lorry queue, we thought we were in luck and went straight towards the passport control booth. The whistles of a police officer spun me around and he pointed at the car queue, which was around the wall. We followed it to the back (about 40 cars) beeping at the other ralliers we passed. We got to the back and settled down for the long wait. 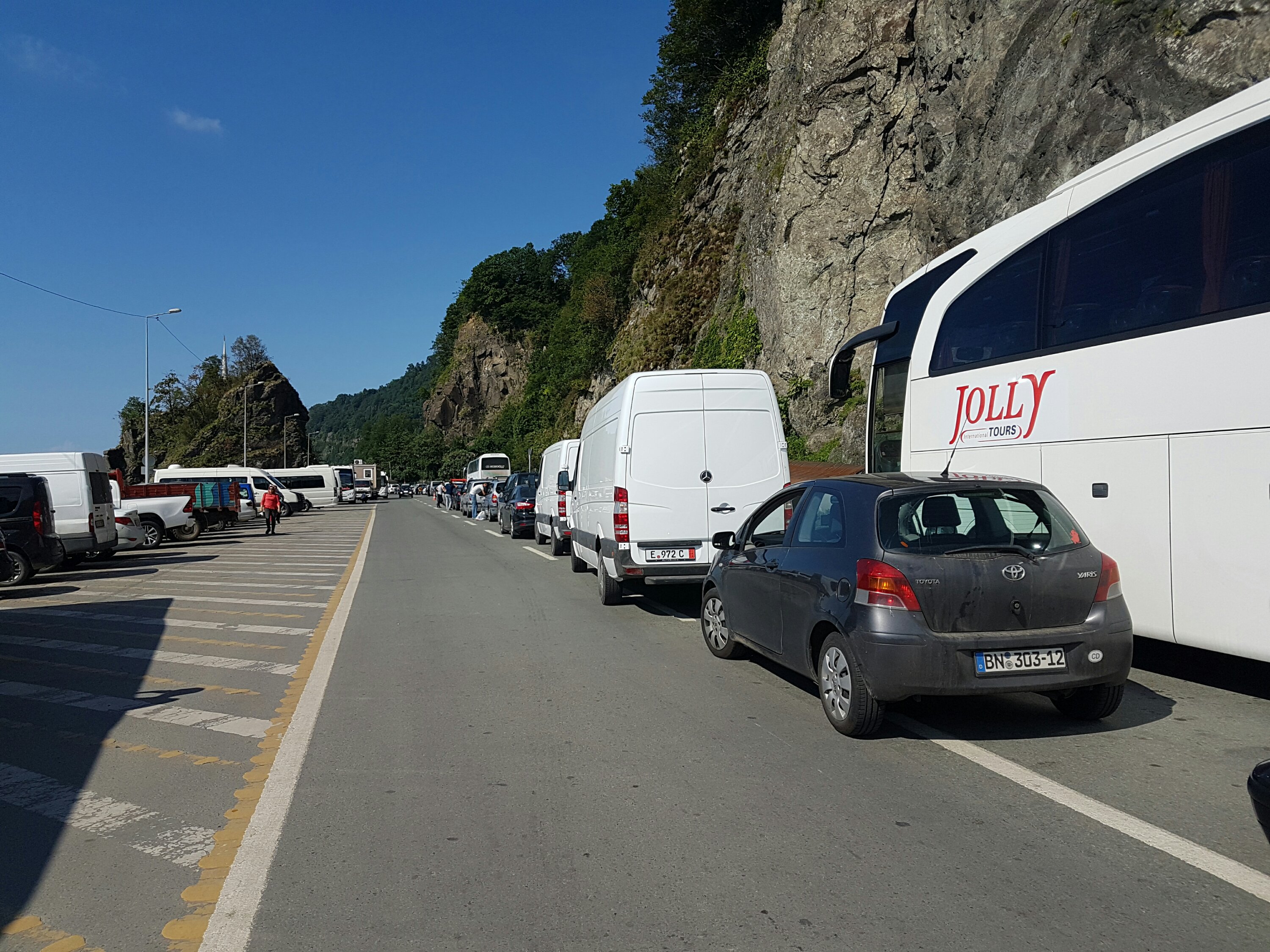 Luckily the queue was flanked by a mountain on one side and the black sea on the other. The 30° heat called for an immediate dip, which was absolutely stunning. The water wasn’t too cold, but very refreshing, and the stony beach meant no sand to infest the car. Perfect.

We whittled away the next six hours allowing kids to sign the car, chatting to other ralliers and lazing about. When we reached the border guards, finally, we were separated and I had to take the car through customs alone. It was probably the most separated from the other three I’ve been, and when the border guards asked me to step out of the car I panicked a little. Turns out they just wanted the paint pen to sign Tina as well!

Relieved, we exited the border into Georgia and powered on. We searched for somewhere to sleep for what felt like hours, before eventually finding somewhere at half past midnight.

We no longer have permanent internet so uploads will be infrequent, I’ll try my best though.

1 thought on “Moving on out”